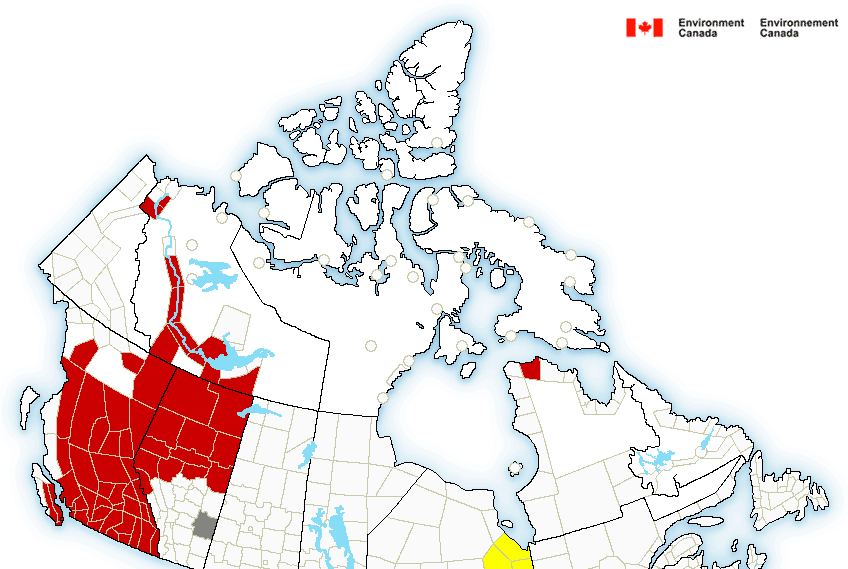 UPDATED — An unprecedented heat wave is about to impact Canada’s west with incredible temperatures forecast for the often temperate coastal region.

Vancouver City is expected to reach into the late 30s Celsius this week. Today’s high is 29 degrees, tomorrow it’s 34C and by Monday Vancouver airport – which is coastal – is expected to have a high of 39C.

A little further inland and western suburbs of Vancouver are likely to hit 41C. Vancouver’s previous highest record was 34C in 2009 and before that was just 29C in 2008.

But it’s inland areas of British Columbia, surrounded by mountains, where the real heat will be – and latest IBM forecasts show this region will be as hot as Australia’s desert can get, with expected daytime highs now likely to hit 50C, in the shade, in the coming days.

Kamloops (which has a climate similar to Queenstown at times) has a high of 37C Friday, 42C Saturday, 46C Sunday, 48C and a huge 50C by Tuesday.

Canada’s highest temperature ever recorded was 45C in July 1937 in the province of Saskatchewan. British Columbia’s highest ever temperature, according to Environment Canada, was 44.4C in July 1941.

You can view all official warnings from Environment Canada here.