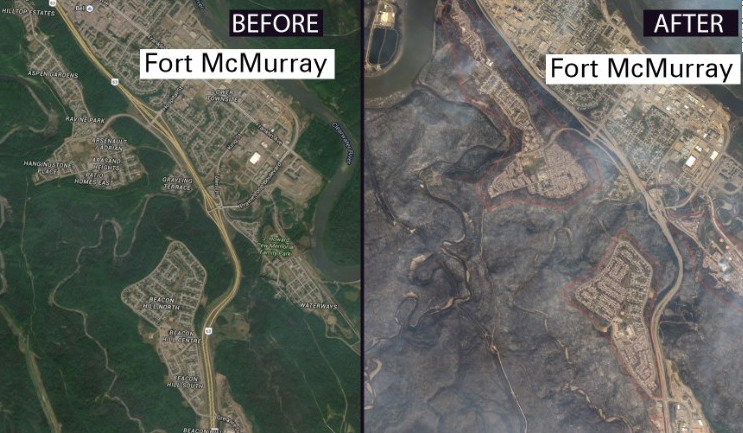 Well over 1,700 firefighters are trying to get a grip on the blaze, which started May 1 near Fort McMurray.
But as of Wednesday, the fire is still 0% contained, the Alberta Agriculture and Forestry department said.
Even worse: The blaze is marching east toward Saskatchewan and will likely reach the province Wednesday, Alberta wildfire official Chad Morrison said.

The inferno could actually burn through the winter and into next year, University of Alberta wildfire professor Mike Flannigan said.

But no one knows when the Fort McMurray’s 61,000 residents will be able to return. Officials ordered the entire city to evacuate. And many residents have no idea if their homes are still standing.

About 10% of the city has been destroyed, including at least 2,400 structures, Notley’s office said.
Of the structures inspected, 89% of are deemed safe, and 1% need more inspection.

Gallant said she wanted to spare her children, ages 7 and 12, the trauma of seeing their hometown of Fort McMurray charred. So she sent them thousands of miles away to stay with relatives in eastern Canada.
“I want my kids to come back to normalcy,” Gallant said. “Not ground zero.”