Calm returns for the windswept north; stays for the south 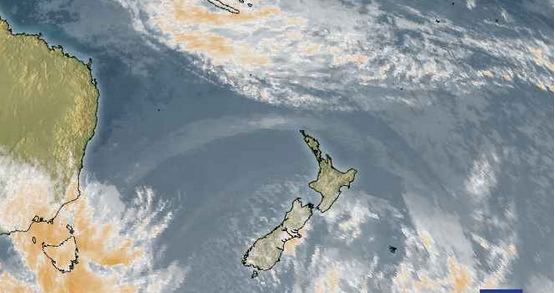 A period of calm weather will be welcomed by those blown about by rough weather over the weekend and the start of the workweek, particularly in the North Island.

A ridge moving in over the country will bring relatively settled conditions for a time – though a warm front will move in from the Tasman Sea towards late afternoon, and this will start to impact things in the South Island beginning early Wednesday morning.

For the North Island, we’re looking at a warm and settled start to Tuesday, with those damaging southwesterlies dying off, replaced by mostly sunny conditions.

The South Island can expect a northwesterly airflow, bringing with it cloud in the west and showers later in the day for the coast. In the east, however, it’s looking better, with sunny and warm conditions the order of the day early on, with some high cloud developing.

Looking to Wednesday, the shift to a southwest airflow will bring a cool change for the South Island, with showers for the deep south and West Coast early on. In the North Island, at this point it’s looking like freshening winds and increasing cloud, with the chance of rain pushing through in the afternoon.