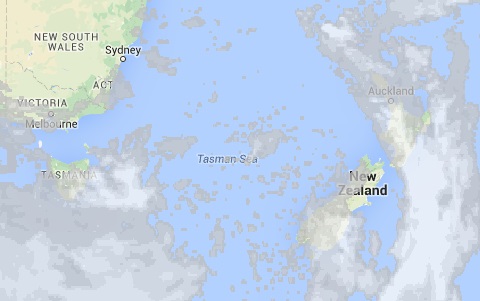 The second of the new year is looking fairly simple – an anticyclone sits in the Tasman Sea, while a west to southwesterly airflow lies over the rest of the country.

For the upper North Island it looks like a mixture of sunny areas and some cloud with west to southwest winds.
There’s a low risk of a brief isolated shower about the Waikato and perhaps Central North Island in the afternoon though.
About the east coast of Northland and Bay Of Plenty winds will turn onshore in the afternoon (a sea breeze).

About the lower North Island, west to northwest winds will prevail in the west, with a mixture of sunny areas and some cloud.
Mostly sunny in the east, with northeasterlies picking up along the coast in the afternoon.
Wellington is mostly sunny with northerly winds and a high of 21.

At the top of the South Island, Nelson has mostly sunny weather, while morning southwesterly winds tend northerly in the afternoon.
It should be mostly sunny along the east coast, with light winds in the morning tending east to southeast in the afternoon – some cloud will gradually increase in the late afternoon onwards, then overnight drizzle moves into Canterbury.

Westerly winds will blow along the West Coast, with sunny areas and some cloud, while a front moves onto Fiordland in the morning, bringing some rain.
It moves very slowly northwards and weakens, so by the time it reaches South Westland it only has a few showers left in it.

Southland is dry at first with high cloud and northwesterlies, and southwesterlies will develop mid to late morning bringing cloud and a few showers.
Showers clear during the afternoon with southerlies easing, and any cloud should break by evening.
For Otago, it will be sunny areas and thickening high cloud in the morning with northwesterlies, while winds change southwest in the afternoon with some cloud increasing.
A few patchy light showers move in late afternoon and into the evening, then clear overnight.