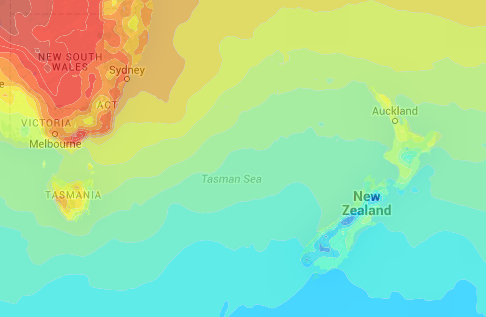 An anticylcone is moving over the country, and with it a south to southwesterly airflow eases as the day goes on.

The South Island is looking mostly sunny, with light southerly breezes along the east coast dropping away during the day, dying out by evening for most.

There may be some early cloud about the coast Banks Peninsula northwards that clears, and a chance of an early shower about the Kaikoura Coast – but this will clear. Marlborough gets an afternoon easterly and Nelson gets a light northerly in the afternoon.

Most of the North Island can expect mostly sunny weather with southerly quarter winds.

Along the east coast, you can expect morning showers clearing from the south, and moving out of Gisborne around early afternoon.
There will be sunny areas increasing with cool south to southwesterly winds easing later in the day / overnight.

There is a chance of a light frost in the morning for inland and sheltered parts of both islands.