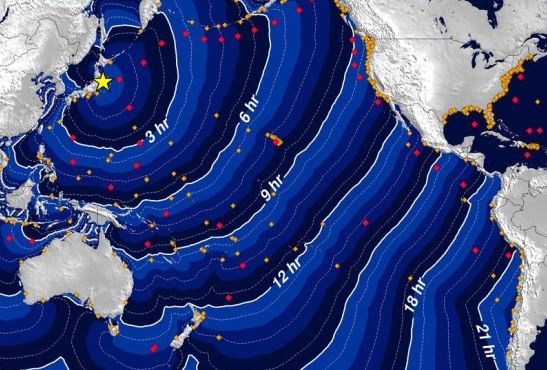 The body of a 25-year-old northern California man swept out to sea while trying to photograph the tsunami’s arrival from Japan last month has washed ashore about 600kms away, in Oregon, officials there said today.

Dustin Douglas Weber of Klamath, California, was standing on a sand bar near the mouth of the Klamath River in Del Norte County, California, when he was swept away March 11, authorities said.

He was with two friends who also were carried off by the surge but were able to return safely to shore, authorities said.

His body was found on the shore south of the Columbia River in Oregon on April 2 by a person walking the beach, Gray told CNN.

Hmmm… Standing on a sandbar at a river mouth photographing a killer Tsunami coming in – how do we nominate this guy for a Darwin Award?