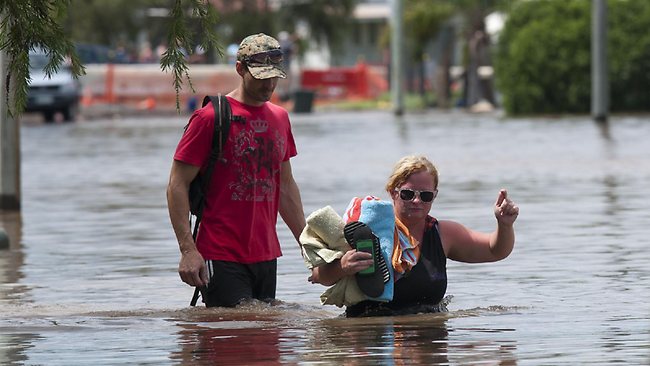 The worst ever flooding to hit Bundaberg, Queensland has seen many thousands of local residents seeking refuge.

Hit with the worst of Queensland’s flooding in the current event, Bundaberg is left with thousands of people forced from their homes, tonnes of sludge to clear and the added slap of price gouging and suspected looting.

The swollen Burnett River peaked at a record 9.5m yesterday afternoon, inundating about 2000 homes and 200 businesses.

More than 7500 displaced residents have sought refuge in evacuation centres or with friends and family on higher ground.

Foremer Timaruvian Margaret Knowler of Buderim on the Sunshine Coast said last weekend’s storm was huge.”We’ve been here almost 25 years and we’ve seen nothing like this before” she said. “The wind was incredible and the rain just constantly torrential”.

Conditions overhead have cleared mostly over the last 36 hours however the odd shower is still likely over parts of southeast Queensland and northern New South Wales.

Four people have died as a result of former cyclone Oswald lashing parts of Queensland and New South Wales.

Homepage image of  Bundaberg residents wading through floodwaters with some belongings.