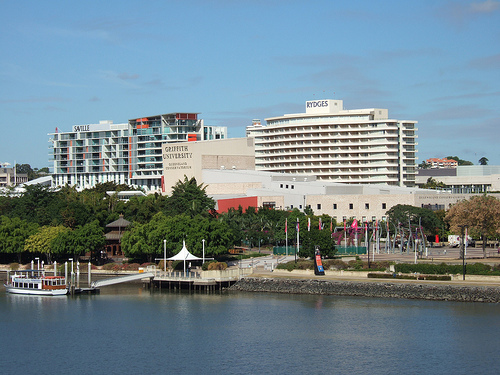 Conditions might be changeable overhead on this side of the Tasman but in Brisbane it’s sticky already.

Residents of the Queensland Capital have experienced the warmest consecutive nights since March.

Humid east to northeast winds are responsible for the summer like nights in the River City. Friday and Saturday’s minimums averaged 2-6 degrees above what we would typically see in November. Humidity levels got close to 85% in the city early on Saturday morning, making sleeping difficult for some.

Brisbane city dipped to 21 degrees, which is 3 above average. Redcliffe had an even warmer night, with a low of 22 degrees, the equal warmest since early Autumn.

Warmer than average nights are expected over the next several days due to a ridge of high pressure lingering over the east coast. This will keep a low pressure trough to the west and drive warm and humid northerly component winds across Brisbane.

Cold fronts are expected to remain well to the south over the coming week. This will keep the cold antarctic air to Tasmania and will allow heat to build and persist across northern Australia.

Brisbane will see daytime temperatures reach into the thirties this week, to be followed up by humid nights in the low twenties.