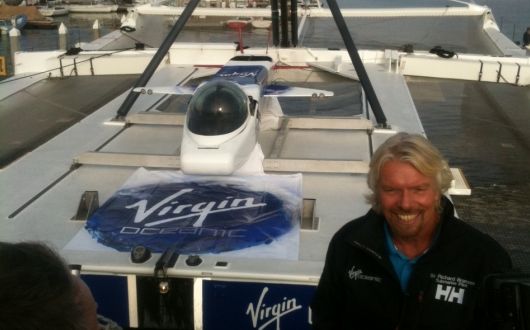 Not content with launching himself into outer space on his own shuttle, Sir Richard Branson has announced plans to take a “flying” submarine to the deepest points of the world’s five oceans.

The Virgin tycoon known for his big adventures has unveiled a new aquanaut project, Virgin Oceanic. He says some of the life forms they’ll find down there will be breathtaking.

“Scientists are frothing at the mouth with excitement of the idea that we might overcome the technological problem of getting a submarine down there.”

Sir Richard says there are also thousands of wrecks to be found.