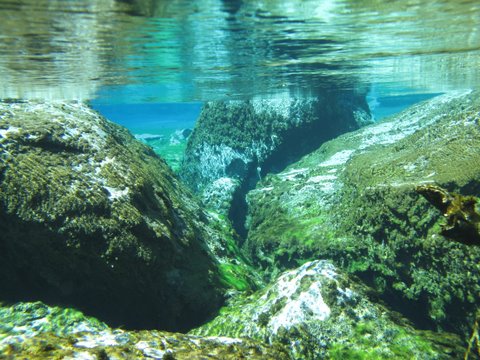 A recent study has found the water at Blue Lake in the National Park in the region has clarity that is almost second to none.

Recent research by NIWA scientists reveal that Blue Lake has extreme visual clarity, perhaps only exceeded worldwide by certain oceanwaters, such as those in the SE Pacific near Easter Island.
The visibility of BlueLake even surpasses that of the renowned Te Waikoropupu (“Pupu”) Springs in
Golden Bay.

Blue Lake is characterised by blue-violet hues seen only in the very clearest natural
waters.
It’s highly unusual in its geological and hydrological setting, being apparently spring-fed from neighbouring glacial Lake Constance. Almost all suspended particles appear to be filtered from the water as it passes through landslide debris that forms a dam between the two lakes – which probably accounts for its extreme
visual clarity.

Water clarity is measured either as spectral light penetration in the vertical direction, or as visual range (“visibility”) in either the vertical or horizontal direction. In shallow Blue Lake (7m), vertical measurement of visibility was not an option so visual observations were made horizontally.

On rare occasions, after heavy rain, Blue Lake can become temporarily murky, when particles washed in by surface runoff have been dispersed in the water.
For a few days visibility may be temporarily reduced to perhaps one metre.

Because of the heavy rain in the Nelson region over the last few days, the lake is likely to be murky right now, but may be expected to clear within a few days.

The spring-fed source of the water, and its altitude above sea level (1200m), justbelow the tree line of stunted mountain beech, ensures that Blue Lake is always cold, ranging between 5 and 8°C.