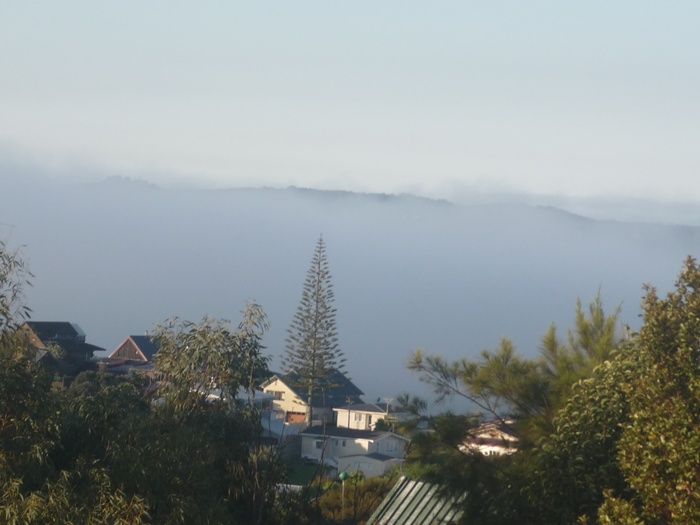 It’s not everyday we use the words “freakish” or “bizarre” to describe the weather…and certainly even rarer to use them both on the same day to describe two completely separate weather events in the same country.

Yesterday both Christchurch and Auckland made the headlines with unusual weather events.  The first was in Christchurch when around 8am the temperature shot up from 9 degrees to 21 degrees in just 20 minutes.   Our forecaster based in Christchurch, Richard Green, described it to me on the phone as “freakish” because it was so sudden.  While Cantabrians are used to seeing wild temperature variances they aren’t used to seeing the mercury rise that fast…normally it’s a southerly that does a good job at hacking it back in the other direction.

Later in the day I left my downtown Auckland office at NewstalkZB and headed west to my home.  At one point I glanced back towards the Harbour Bridge and noticed a very low level cloud…and Rangitoto Island wasn’t there anymore.  When I got home and started working again it didn’t take long before the emails came in from WeatherWatch readers and from our colleagues at Time Saver Traffic saying an eerie fog had drifted in from the east and was affecting parts of the North Shore.

And speaking of hot – boy did we see heat yesterday in the South Island.  Alexandra took the national high of 29 degrees…simply unbelievable for Spring (and for you purists out there it’s still officially ‘winter’ which makes 29 degrees even more staggering).  It got to 27 in Timaru and 26 in Dunedin & Oamaru.

Today we aren’t expecting to see as much heat but a relatively mild day for many areas none the less.  A weak southerly change will flush those mid to late 20 degree highs out in to the Pacific Ocean.

So for the rest of the week…well, a mostly settled, sunny and mild few days lie ahead.

That i noticed last night around 11pm when the NWer got up, was the behaviour of the gusts.
Instead of being a gusty NW it was more blustery meaning the wind speeds during the gusts were up and down.
They also came and went in waves, i think this may have been the higher gusts inland reaching the coast at times.
I was moving the patio chairs because they were moving about in the wind, and a rogue gust came over the top of the neighbours roof and blew downwards at atleast 50kmh+.
Not to mention the dust in the skies yesterday from Australia.