BLOG: “We’ll have the works thanks” 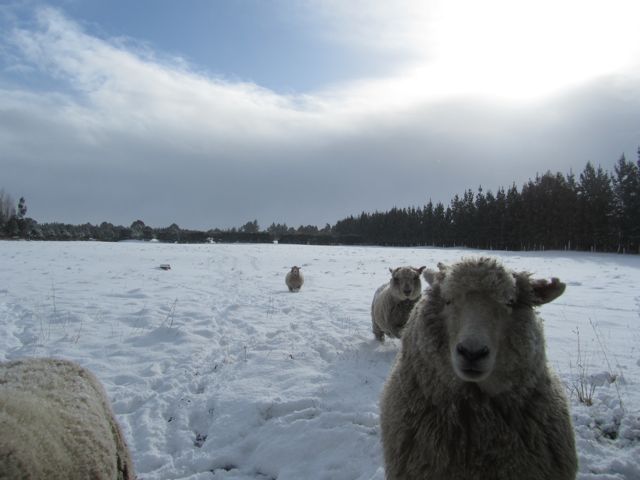 In a country where four seasons in one day can occur almost anywhere at any time of the year, Canterbury seems to be one of the more extreme regions and this week has been a classic example.

Snow moved into Christchurch and parts of North Canterbury last Sunday night and fell off and on for much of Monday seeing falls of between 15-30cm city wide, the biggest single fall since the big snow of August 1992.
The temperature barely rose above 2 degrees during the day and a biting southerly saw blizzard conditions develop for a period of time on Monday morning.  With windchill factors added in, it was close to minus 10 degrees in downtown Christchurch.

As skies cleared on Monday night a big frost began take shape and a temperature of minus 6 degrees was recorded at Christchurch Airport. Elsewhere in the South Island, the mercury dropped even lower in towns such as Queenstown and Timaru, making it the coldest winter night to date this year.

Tuesday saw temperatures start to rise quite rapidly considering the snow dump that had fallen just a few hours earlier in the Garden City. Nor’ west winds began to pick up and although they may not have contained their usual warmth, the thermometer topped out in the mid teens with Timaru recording a spring like 17 degrees.

As the week progressed these balmy conditions continued with Canterbury topping the national stakes and Timaru in particular nudging the 20 degree mark. Although the Riviera of the South didn’t see the snow that their northern neighbours did, they did experience a swing of almost 30 degrees during the week.  That would not necessarily be considered unusual in midsummer when a cold southerly arrives after a stinking hot nor’ wester however it is unexpected to get such a freakish rise in temperature during the coldest month of the year.

Christchurch similarly saw temperatures soar from well below freezing to nearing the upper teens. Snowmelt gradually began just several hours after the big falls had stopped and then thawed swiftly throughout the week in sunny and open areas, much more quickly than if cloudy skies and cold temperatures had lingered.

Canterbury has endured a big 12 months but this week we’ve been reminded why we love it here and for many having the opportunity to shift focus towards more of a novelty event made a refreshing change and came as welcome relief.