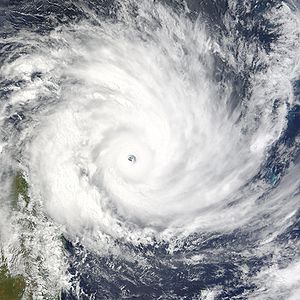 It’s that time of the year again – time to start shifting our attention to the tropics and gradually away from the Southern Ocean. The 2012/13 South Pacific cyclone season is upon us and for the next 6 months the activity north of New Zealand will start to increase.

Each year New Zealand usually receives one ex-tropical cyclone that brushes or directly hits the top of the North Island – and most years we see a number out to sea. WeatherWatch.co.nz frequently talks about these offshore storms because they can prove to be more deadly than the ones that make a direct hit. Earlier this year I had a lengthy discussion with WaterSafe Auckland and Civil Defence about these offshore storms and why they pose such a danger.

The risk with a cyclone that does’t directly hit New Zealand is very real. Back in Easter, the NZ Police proudly told the nation that no lives had been lost on the roads that long weekend. However 5 lives were lost due to drownings. Most people won’t remember Cyclone Atu, a large tropical storm that passed well to the east of New Zealand the day of the Feb 22nd Christchurch earthquake in 2011. Something that many people will, however, remember from that day was just how sunny and hot it was.

That week WeatherWatch.co.nz had warned of the dangers of rips and tides and said they were “life threatening” even though the weather on land was sunny and calm. That day several students were lucky to be rescued alive when they were caught up in Atu’s dangerous seas off the Wairarapa coast.

NZ is so skinny that most storms from the tropics come down one coast or the other – a bit like balancing an egg on a roof, only once in a blue moon will it stay in the middle, the rest of the time it rolls down one side or the other. However it’s this offshore danger that swimmers and boaties need to be aware of as we head into summer.

WeatherWatch.co.nz monitors all tropical storms in our part of the world and at this stage there are increasing signs of life north of New Zealand.

While many will enjoy sunny, calm, weather this week a look at the predictive rain maps shows plenty of life directly north of us. If this high wasn’t moving in we’d probably be seeing a sub-tropical storm move south over us.

Traditionally cyclones peak when the waters are at their warmest, which is February and March. However we’ve had damaging tropical storms as early as November and as late as winter.

Highest risk areas for damage from tropical cyclones (which go through a technical change just before they reach New Zealand – so are called “extra tropical” but can be just as severe) are Northland, Coromandel Peninsula, eastern Waikato and Gisborne. Other regions which also get hit are Auckland, Waikato, Bay of Plenty and Hawkes Bay. Other regions can get them too – the tracking is different for each storm – but certainly these areas are highest risk – and co-incidently, manly of these regions are hugely popular for beach goers in summer.

Yes interesting that the sub tropical low is forming now which is early in the season. Something which may be a bit concerning for the summer is that the storm seems to deepen as it tracks SE. Usually they weaken. Hopefully others don’t do that or we could get a bit of a beating later in the summer. I see we now appear to have neutral conditions rather than El Nino. What are your thoughts?