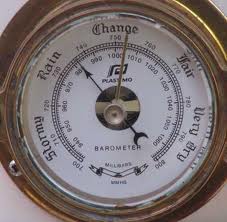 It’s been 15 years since New Zealand was last hit by a tropical cyclone. In fact, two severe cyclones wreaked havoc during the summer of 1996/1997.

Many campers will remember being flooded out by Cyclone Drena, which hit in early January, while wind was the main feature of Cyclone Fergus that hit one week prior.

Tropical cyclones are technically no longer “tropical” by the time they reach New Zealand, but if they are big enough then they retain their name.

Before Fergus and Drena, you have to go back to 1988 for Cyclone Bola.

As you can see, they’re not something we get too often but it’s safe to say that about once a decade we’ll get clobbered by an ex-tropical cyclone. However, about once a year, we feel the effects of one that passes nearby, quite often as they follow a predictable track to the east of us. We might get strong winds or cloud cover for a few days – but a direct hit is much rarer.

Which is why it’s interesting we’re now at the 15-year mark. It’s been too long. According to Niwa, we tend to be at a slightly higher risk of a cyclone during “neutral” years (not La Nina or El Nino), despite the current La Nina creating a higher risk for sub-tropical lows.

Tropical storms are scary buggers when they hit. And the ones we get in New Zealand pale in comparison to the giant tropical storms in the Atlantic or typhoons in the western Pacific.

Nonetheless, a small storm can pack a punch too. It was a weak category 1 (out of 5) cyclone named Tasha that hit Queensland last week, bringing extensive flooding.

I was in my hometown of Te Aroha when Cyclone Fergus hit back in December 1996. For several hours, it felt as if a freight train was passing over.

I have never been in such strong winds. Te Aroha is affected by north-east gales from tropical lows more than any other town in the country, due to being at the base of the 1km high mountain to the east. Gusts reached over 180km/h that day on the hill above my parents’ house. It was so strong you couldn’t breathe without covering your mouth to slow the air.

Phil is there a significant storm developing in the islands,big mass of red on satelitte,is this a cyclone

That’s just tropical buid ups… the area to watch is a little further east towards New Caledonia and Vanuatu.  That blob of cloud over Fiji will be producing some big thunderstorms and rain though!

I well remember Bola – working in Auckland, waiting for a bus, I had to hold on to the lamp post to stay on the footpath. Drena was actually 14 years ago – just before my (outdoor) wedding in 1997. My stylist worked for TVNZ and ended up having to bail on the hair & makeup rehearsal to go do extra shifts for all the extra news bulletins. Thankfully the day itself was clear and dry.

I lived in Te Aroha at the time of Fergus and many other storms. You cannot describe what it is like to experience those conditions. The mountain seems to create a vortex effect and the wind almost sucks roofs off houses. I lost a great deal of my roof during Fergus and had to move out fearing for my life. Most of the windows were also broken & I ran out of material to board them up.

I still remember Cyclone Fergus as well, we lived in your neighbour town of Morrinsville, My Aunty lost her roof in Te Aroha and her whole garage, my Father took us for a drive to Te Aroha a couple of days later to have a nosy. I was absolutely packing myself in Morrinsville during that storm, so could imagine how you would have felt in Te Aroha!! much worse than me.