BLOG: Everything in America is big! 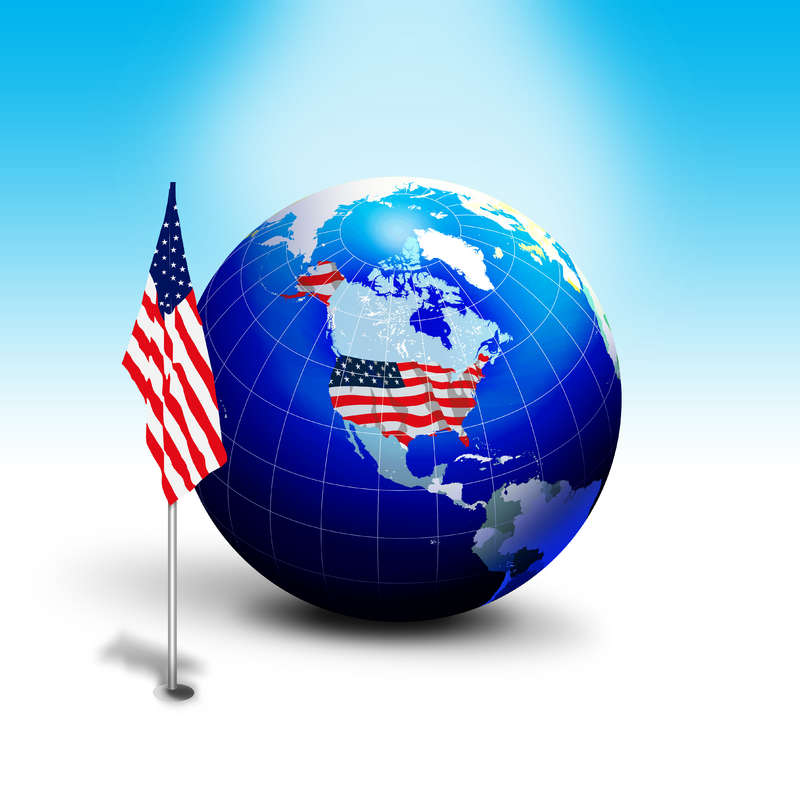 Head Weather Analyst of WeatherWatch,  Philip Duncan writes about his experiences while holidaying in America…
Everything about America is big. From the people, to the weather to the politics. I’ve been on holiday in America for just over a week now and thought I’d share some of my weather and travel experiences from this part of the world.

The first thing that strikes you about the weather here is how dramatic the changes can be. The first place we landed at was Los Angeles. It was hot, humid and 28 degrees. Figuring this was probably going to be the only warmth I’d experience I made the most of any sunlight that hit me while walking around the airport to get my connecting flight to Denver, Colorado.

Denver is known as the mile high city – it’s 1 mile above sea level so I was expecting it to be cold there. I was right. It was near freezing the night I arrived, but again had clear skies.

The next day I headed to Nebraska – several years ago I wrote a novel based in a tiny town in Nebraska called Brady. I never even tried to get it published – something my friends said I should try and do. Writing it was pleasure enough. Maybe I’ll think about trying to get it published when I return. Anyway, I chose Brady, Nebraska because it was isolated and in big flat nothingness. There’s something humbling about being a dot in a large landscape. I’ve never been there and so decided this trip would be the time to call in. I flew in to a town called North Platte – a town about the same size as Taupo. (Brady only has 300 residents, if that).

Nebraksa is naturally a tree-less state. According to locals it was because the buffalo used to trample or eat ANY vegetation. I can’t think of anywhere in New Zealand that is treeless….even the baron Canterbury Plains or Desert Road have trees lining homes and farms. In Nebraska you can fly for a very long time before seeing a single tree. It’s the world’s largest grass covered desert.

The weather here is crazy. It was almost 30 degrees the day I flew out – but unlike LA there was little humidity. A few days later a cold northerly blew in and it was 1 degrees with heavy snow.

Nebraska doesn’t get a lot of snow usually – it’s a dry state. A few weeks ago they had half a metre of snow – just 2 weeks after summer officially ended and locals say it was the heaviest snow fall in the area in 20 years…and that includes winter storms. Just like New Zealanders they say the weather is getting more and more changeable.

Getting used to Fahrenheit was weird at first. It’s like speaking another language. When people asked me how hot Auckland gets and I say in summer it reaches the low 30s they look at you baffled. How do you explain a temperature without giving a number? It’s actually easy to work out Fahrenheit. Just double the Celsius temperature and add 30. So 30c becomes 90f. 11c becomes 52f. In just 9 days I’ve picked it up and can easily glance at a map and work it out. I’m not so good with inches, feet and miles per hour, though.

Now when you hear people saying “it’s a hundred degrees out there” they’re really meaning it’s like 35 degrees Celsius.

Nebraska is brown…from the air it looks dead. Most Americans aren’t big gardeners like New Zealanders. Houses sit out on a field, or farm, and have no flowers, very few bushes and in Nebraska, very few trees. Just a house out in the middle of no where. Most homes don’t even have fences unless they’re in the towns. And so far all the homes I’ve seen don’t have front fences. Nebraska is in the heart of America – it’s furthest from the sea. In New Zealand the inland places are about 2 to 3 hours drive away. In Nebraska it’s about 3 hours flying time.

The wind on that 28 degree day was strong and hot. It was such a weird feeling to see autumn leaves on the ground but accompanied by such heat. And so much for stunning Autumn colours…almost every tree was just brown.

Nebraska is also on the edge of tornado alley. In the west, where I was, they don’t get too many tornadoes, but in May they do get some spectacular clouds/showers.

It was odd when I was at Denver airport…the first thing I saw was a small sign outside the toilets that said “tornado shelter”. John, a friend of mine from Ogallala Nebraska, and Programme Director for KOGA radio station, told me he was in a hail storm in Denver in which hail the size of softballs fell. He said cars were completely written off and it was one of the scariest experiences of his life. Before it hit they could hear what sounded like a train coming. Then the bangs on the roof of the hail. I don’t blame him for never wanting to experience that again. In New Zealand we see big damage from hail that can reach the size of 10 cent coins but it’s rare to hear of anything bigger.

So the weather in Nebraska is dramatically changeable. And while it’s not the prettiest state in America the people would have to be the nicest I’ve met. I stayed with John and his wife and they made me Meatloaf – American style. It was simply delicious. In North Platte the local police chief (who also helped me with a few bits and pieces in my book) was equally as hospitable. He took me out to a diner for breakfast and then showed me around his huge cop station. I met a number of detectives and cops – while they physically reminded me of the cops off Reno 911 (perfect hair and thick moustaches!) they were all incredibly friendly and so interested in why a boy from NZ was in Nebraska. As one of them said “boy, you sure are a long way from home!”.

Marty, the police chief, introduced me to his lovely wife and showed me his lovely home. I figure it’s not a bad idea being friends with an American police chief. I would visit this state again simply to meet with these people once more.

I hope they all visit New Zealand at some stage (just to see green grass and bush at least).

Yes, thank goodness for New Zealand.
I would hate to live there.
Food is much better here.