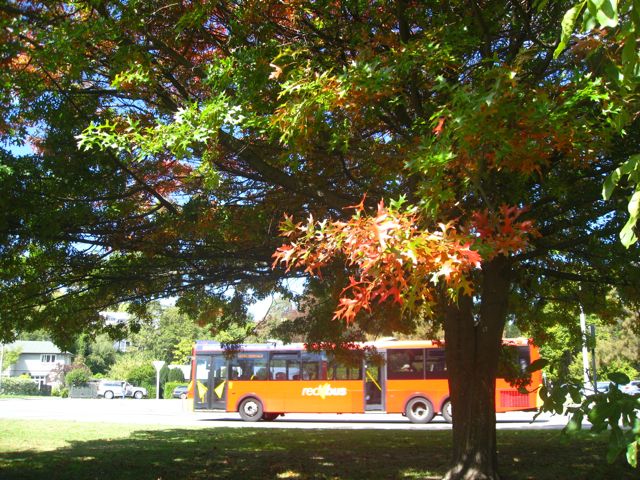 WeatherWatch Analyst Richard Green was amongst the earthquake in Christchurch’s CBD on Tuesday afternoon and the following article is his personal account.

The first Christchurch earthquake was centred just 5km from our house on September 4 and that cold early spring morning started terrifyingly as our home was trashed from one end to the other.
The shock and extent of this event quickly became very clear in our small rural community as homes were severely damaged but we felt we were all so lucky that, rather miraculously, none of our lives had been taken.

Last Tuesday, the horror returned but this time with a vengeance.

I was working in the CBD, tutoring at the local polytech and I was going through a music exercise with 20 radio students. We were analysing the Queen hit ‘We Will Rock You’. Apt yes, funny no.
Just over a minute into the song and we all felt a small jolt which we were used to as there have been more than four and a half thousand aftershocks since September.  Very quickly though we realised this was different.

What started as a mild jolt quickly turned into a violent and thunderous episode. I yelled for the students to get under their desk and within a second or two they were well and truly hidden under their formica topped metal legged tables.

This was a new class and numbers were higher than expected and there was no desk up front for the tutor.  As I dropped to the ground, I was knocked against the whiteboard and hurled underneath the nearest desk, beside a very frightened teen. My head was sore and bleeding but it didn’t matter as the shaking was now at its most ferocious.
The noise was phenomenal and the students hung on for dear life as the quake continued its monstrous lurching.  As quickly as it started, it suddenly stopped.

I got up and told everyone to remain where they were. I opened the classroom door not knowing what I might see.  The campus manager, looking shocked told all students on both floors of the old railway station on Moorhouse Ave to immediately leave the building. Without fuss, all staff and students left the building and assembled on the predetermined evacuation point which was an adjacent grassy knoll.

Everybody looked pale and shocked and tears flowed as the kids gathered together. As we tried to catch our breath and come to terms with the ordeal that we’d just encountered, one staff member asked us all to look up toward the skyline. It was then that the seriousness of the event sunk in.
The clock tower on top of the building which had been secured in the previous quake now was on a distinct lean. There was a gaping hole toward the bottom as well, as many fallen bricks were being held up only by wooden cladding.
Many of us felt that if the 20 second rattler had lasted much longer, the tower would have fallen upon the classroom and across the staff car park. Very fortunately it just teetered.

My wife experienced the earthquake on the sixth floor in the CBD.  Terrified, she escaped along with 50 colleagues from a trashed office space down stairs with water gushing from an unknown source above. She ran out to a scene that resembled a war zone. The sirens, alarms and screams were deafening. Dust filled the air. Glass was still falling from smashed windows on adjacent high rise buildings. People were either panicking or wandering in shock like zombies.
The rubble, destroyed buildings, devastation was both starkly real and completely surreal at the same time.
As the next aftershock hit and more debris fell, people seemed to mobilise into action – get out of there, contact family, flee. On a split second impulse, focussed on getting to our son, she raced underneath a building to get her car out. What could have been is too horrible to even contemplate.

As she drove the car out of the car park she turned the corner and came alongside the collapsed CTV building. In the state of shock she and her colleagues who had jumped in the car to escape with her could only look in horror at the pile of rubble that was already swarming with would be rescuers.  At that moment the 5.7 aftershock hit and the car rocked up and down, side to side and front to back like you would if you were riding a bucking bronco.

The 15 minute drive to our son’s school took three and a half hours over roads that were like four wheel drive tracks, liquefaction that came up to our doors and bumper to bumper traffic full of husbands, wives, mothers and fathers all desperately trying to flee the horror and get to their loved ones.

It’s been a hell of a week for everyone concerned and as a family we have got off very lightly compared to many.  We feel traumatised by the images that replay when we try to sleep at night, we shudder at the thought of just how close we came to joining the rising death toll and we grieve for our lost friends among the rubble.
I’ve lost a number of friends and colleagues in the CTV building.Their distraught families having many anxious days waiting for some hope of a miracle.
Every aftershock reminds us in the most visceral way how powerless and inconsequential we are compared to the forces of Nature.

However – we have a roof over our heads, power, water and food.  Our son, while deeply upset at having believed us dead for several hours, is now happily enjoying an unexpected holiday from school.

So many Cantabrians have been stunned and shocked by the events of Tuesday and the unrelenting aftershocks, with large numbers flocking to leave the city – temporarily or permanently it is still too early to know.  In the last day or two however, we have seen signs of Red and Black resilience coming back to the fore.  The incredible and overwhelming support from around the country and overseas remind us over and over just how small a world we live in and that at times like this no one is ever truly on their own.

As we look at our ruined city and watch numbly as the images of our city, including heartbreakingly our once magnificent Cathedral, flash past us on the TV screen, the smallest glimmer of hope and determination begins to flicker.  So much horror has been witnessed around our once beautiful city and there is much heartbreak ahead in the days and weeks to come.

But this is Canterbury. Cantabrians are known across the country as parochial, ‘one-eyed’ and staunch supporters of all that is Red and Black.  We will shine again. It’s just going to take some time.

Thank you for sharing Richard, i can only imagine the horror and sadness that you, your family, colleagues and the people of Canterbury. While we have watched, shed tears, prayed, supported those we could, donated food and money, we don’t live with this, or have any idea of the reality. Our thoughts and prayers will remain with you all in the coming days and months, may settled, calmer days, be just around the corners. RIP to those whose lives have been lost, this day will never be forgotton. From the ashes the Phoenix will arise.
“Like the mighty phoenix,
Once again I rise from the flames set to destroy me & take flight.
I am
Stronger
Glorious
Powerful
Victorious. ”
Kirsti A. Dyer, MD, MS
Christchurch is strong, with the support of lots of others this will happen, take care, blessings to you and yours KA

It’s a horrible tale Richard, but great that you lived to tell it. You’re right, every single NZer is with you all in spirit. Most people I know have shed tears at some point and I can’t imagine anyone not being totally shocked as they watched those first images on their tv sets. The human toll is utterly heartbreaking.

When you see those images it seems miraculous that the death toll wasn’t in the thousands.

All the best to you and the other residents. I have strong family connections with Christchurch, including a brother who was lucky in that his house was OK apart from a fallen chimney.