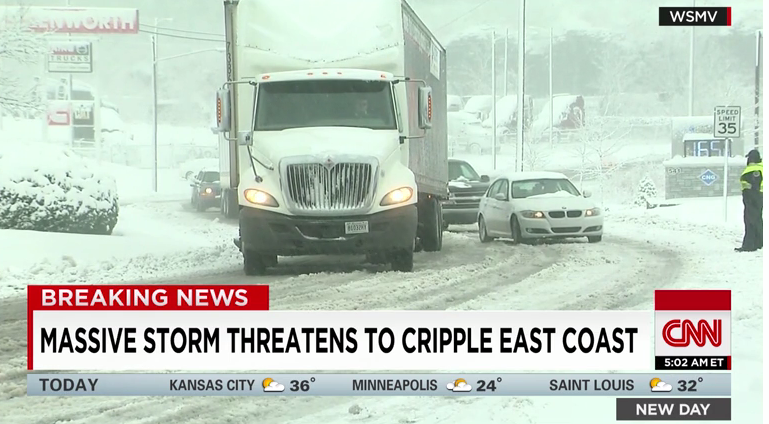 A massive winter storm clobbered a huge swath of the eastern United States on Saturday, pounding cities such as Washington and New York with snow and stranding hundreds of motorists from Kentucky to Pennsylvania on icy interstates.

Up to 85 million people are in the storm’s path. Officials in the Mid-Atlantic and Northeast — much of which was under blizzard warnings — said Saturday morning that they’ve largely been able to avoid major problems so far. But the storm was far from done.

“We haven’t turned the corner at all,” Baltimore emergency management director Robert Maloney told CNN. “I wouldn’t say we’re even halfway there yet.”

Motorists in some states have spent many hours stuck in traffic after crashes closed mulitple lanes.

And in New York, the city that has been mainly snow free and frost free since the start of December, is today blanketed in white with more heavy snow falling.

Read the very latest full story and view video on this storm via CNN.com (http://edition.cnn.com/2016/01/23/us/weather-winter-snowstorm/index.html)