Home > News > Blast from the past: Hurricane Ivan (the...

Blast from the past: Hurricane Ivan (the terrible) 2004 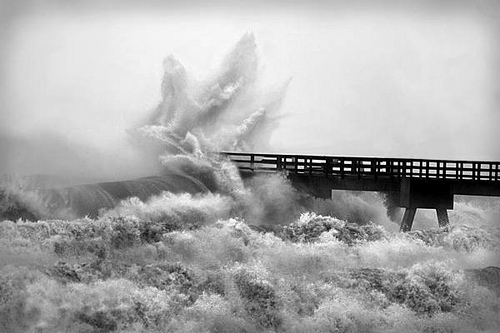 Today we look back at a monstrous hurricane that carved up parts of the Carribbean in 2004 which left some island nations in disarray.
Ivan began as a harmless depression but grew to a category five tempest.

We’re looking mainly at the impact it had over the Carribbean however its effect was much more widespread.

In the region Ivan caused 44 deaths and over $1 billion in damage, primarily in Grenada where it was considered the worst hurricane in nearly 50 years.

Hurricane Ivan developed from a tropical wave on September 2 and rapidly intensified to become a major hurricane, passing through the southern Lesser Antilles on September 7 with winds of 205 km/h.

The Cayman Islands at one stage were in the direct path of Ivan and even though they were spared from a direct hit, damage was still significant with flooding an high winds causing considerable damage.
Many homes and businesses were hit severely by the hurricane which resulted in the death of one man.

In the region, the worst damage occurred on Grenada, where the damage total of $1.1 billion represented 200% of its GDP. The hurricane damaged more than 14,000 homes in the nation, and 30% of the houses in the nation were destroyed which left about 18,000 people homeless. A total of 39 people were killed by the hurricane on the island.

Elsewhere, moderate damage was reported in northern Venezuela, where at least three fatalities were reported. One person died each in Trinidad and Barbados.

Ivan also moved across the southern and eastern seaboard of the US however it was downgraded but was very long lasting as a tropical storm and depression.