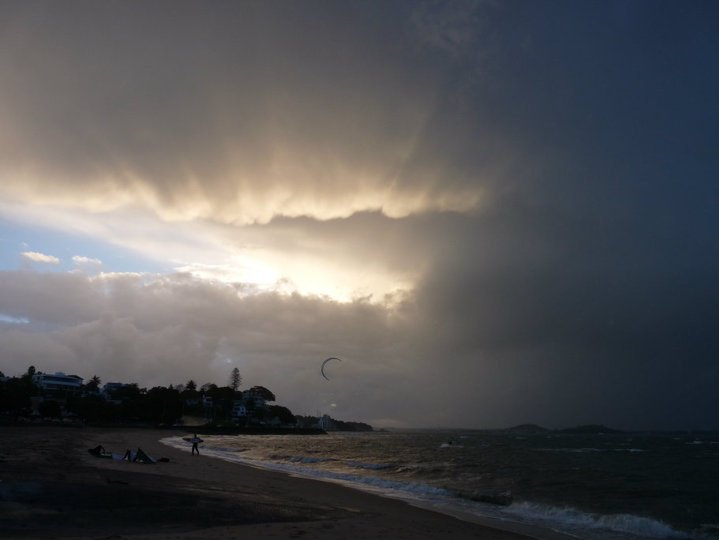 Thursday is looking a little drier overall compared to yesterday but still some showers dotted here and there are likely to show themselves.

Lengthy sunny spells will be more of a feature today as well along with cool to cold temperatures over many southern and eastern areas.The thermometer might only top out in the mid teens and the pool of cold air in these regions might feel chillier due to the southerly wind in places.

“That Autumn feel has certainly made itself noticed here in the south” says weather analyst Richard Green.
“Christchurch during Wednesday was dull and gloomy and some light misty rain at times across parts of Canterbury added to the overall picture”.
Canterbury was the coldest province in the country with Darfield and Rangiora not making the teens.

Winds today shouldn’t be quite so breezy as yesterday on the whole with the sou’ west wind pulling back.

Overnight lows didn’t drop as low as initially thought but were down a few degrees on the night before when humidity levels over the North Island were more summer-like than what you’d expect at this time of the year.

A front and a depression feature over the next few days seeing further variable conditions overhead for many parts of the country. The latest data suggests it might not be so wet during this time but showers are likely to come and go in amongst dry and sunny periods.

Mid to late next week sees an anticyclone appearing from almost nowhere and 2-3 days of sunny skies might be in order.

The weather pattern does appear to be rather volatile as we draw closer to the month of May and one thing for sure is that there’s no guarantee on what will be served up in the medium to longer term.