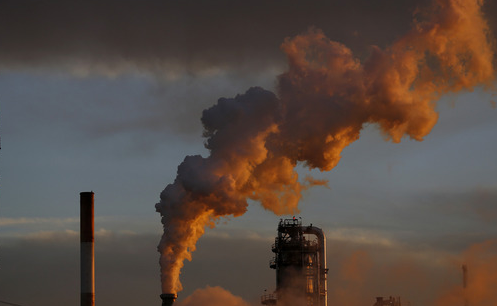 Prime Minister Bill English doesn’t share Donald Trump’s scepticism about global warming – but says he has always been wary of “extreme” views about the appropriate response to climate change.

English’s past comments on climate change have been criticised. In November 2013 the lobby group Generation Zero issued a press release criticising English, then Finance Minister, after he and other ministers were asked on 3 News whether they believed in man-made climate change.

English acknowledged some impact but wasn’t as unequivocal as then Climate Change Minister Tim Groser, who said the evidence was “overwhelming”.

English is currently in Europe on his first overseas trip as Prime Minister. Asked about his past comments, he said he had always thought there had been some “extreme” views about climate change and the appropriate response.

“Some people want to inflict considerable pain on the economy to prove the point. And I have never believed in that extreme view,” English said.

“But I think New Zealand’s views are moderate [and] sound, and we have good tools in place…and I think we should aim to keep the Emissions Trading System [ETS] in place.”

English said he could not remember when he decided human activity was driving climate change but said he had supported the ETS when the previous Labour Government introduced it.

“Honestly I can’t say exactly when. I mean this has been an ongoing debate for 20 years and anyone who has been interested in public policy has been reading about it, thinking about it, talking about it for a long time.”

United States President-elect Donald Trump has threatened to take the US out of the Paris Climate Agreement, which took 20 years to negotiate and covers emissions obligations after 2020 and commits all countries to limiting global temperature rise to 1.5C this century.

Trump has called climate change a “hoax” invented by the Chinese, but has subsequently said he thinks there is “some connectivity” between climate change and human activity.

English said New Zealand found the conditions of the Paris Climate Agreement to be favourable.

“We always believe in doing our bit and other countries, look, they can have differences among themselves. But we want to do our bit as a responsible global citizen.

“[Trump] is free to have his own opinions about it, particularly now he is going to be President of the United States. But there is an international framework in place underpinned by internationally accepted science, and we expect New Zealand to do its part.”