Big low one to watch this weekend, some areas of heavy rain (+New Maps) 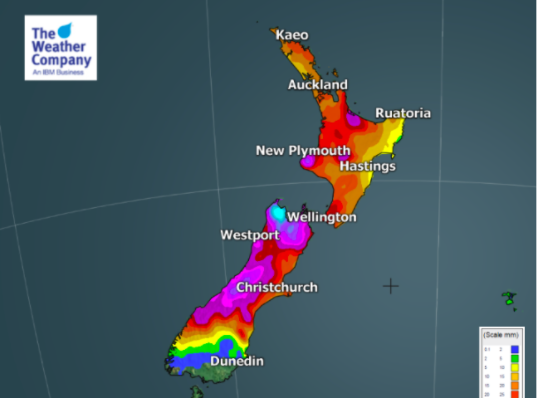 !NEW FEATURE/MAPS — A large low pressure system is coming in to New Zealand this weekend and, sorry, there is more rain.

The low will peak in intensity on Saturday then weaken gradually over Sunday and Monday and early Tuesday as it tracks across the country, mostly over the North Island and upper South Island.

There is a chance this low will have more bark than bite – it looks sizeable but it is weakening as it comes in. However, some localised areas may see enough rain to cause slips or flooding. 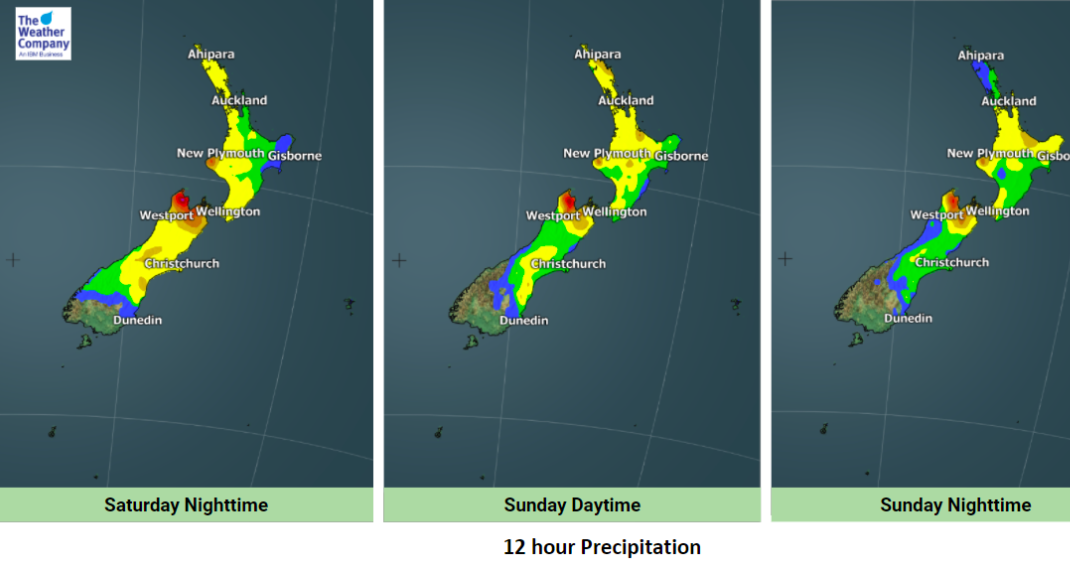 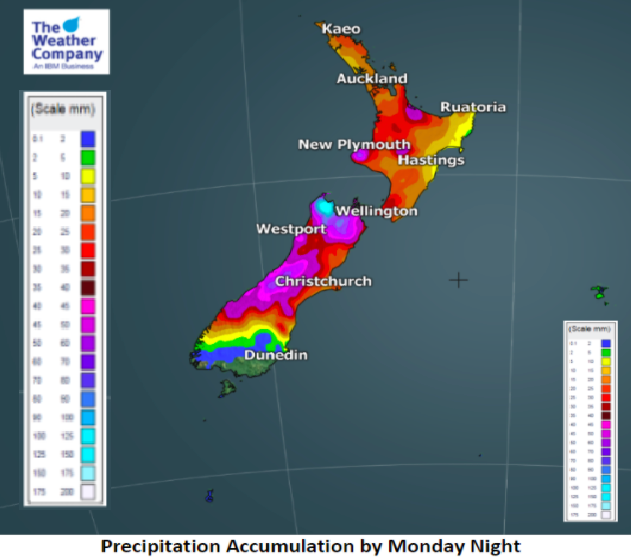 *Apologies for the blurriness of the key – these maps are new for us to trial and we’re going to make improvements to them later this year.

– If you can’t read the figures in the key simply note that the colours at the top of the chart in blue, yellow, green and orange indicate rainfall totals of just 2 to 15mms. Reds, blacks and purple/pink in the middle are around 25 to 60mm and the blues, pale blues and white at the bottom end of the scale are between 70 and 200mm.