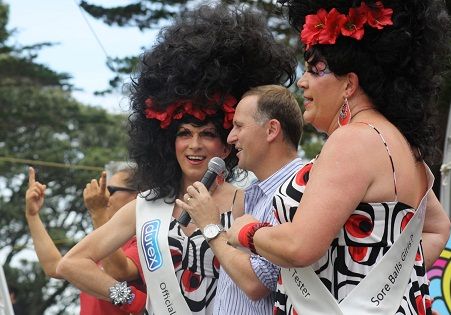 Tens of thousands of gay, lesbian, bi and transgendered Kiwi’s will be attending the 2011 Big Gay Out this Sunday and WeatherWatch.co.nz says sun, heat, humidity and possibly rain are all in the forecast.

The event, which started in 2000, will be held in Coyle Park in Point Chevalier, Auckland.

Latest weather data from WeatherWatch.co.nz says conditions are likely to be fairly changeable due to yet another sub-tropical low.

The weather set up will include a low pressure system just north of New Zealand that should bring in increased humidity, nor’easters and the risk of showers in the afternoon, however with current slow weather patterns WeatherWatch.co.nz can’t rule out the possibility the low may weaken or be late to arrive resulting in a mostly dry, sunny, afternoon.

The event kicks off from 1:30pm and goes until 6:30pm and WeatherWatch.co.nz suggest those attending the event keep up to date with the latest Auckland forecasts due to the current changeable weather pattern over northern New Zealand: www.weatherwatch.co.nz/content/auckland