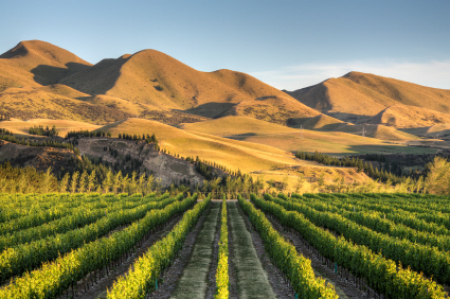 With more than half the country battling drought-like conditions why are some growers smiling from ear to ear?

That’s because wine growers and some crop farmers are delighted with the long, hot spell of recent times and just quietly would be happy for another month or two of an Indian summer.

“This is our best ever season” says Rory McClennan on one of his southern vineyards.”It’s not often we see a situation like this and we’d be happy if another few weeks of dry weather stayed with us”.

Despite some veges struggling with the heat some fruit growers have been over the moon with the prolonged warm and dry spell.

Market gardeners have mentioned how this summer has been pretty much ideal for them after a rough one last year.

Scientists have mentioned that this summer could become more of the norm in the future with dry and warm conditions becoming more commonplace.

“It’s difficult to know if it’ll often be this widespread” says Weather Analyst Richard Green “however we are looking at more extremes for a period of time and last year it was at the wet end of the scale so perhaps it’ll just be more back and forth than continually dry”.

WeatherWatch sees rain on the radar for the upcoming weekend to bring some respite for those in dire need and a top up for some areas that would prefer just a freshening.

I’m interested to know the effect this drought is having on weeds throughout the country. I hope it has killed a few million of them off, eg Wooley Nightshade, moth plant, wandering jew, wild cherry and privet. That would be great news!

Always good to look at the positive and let’s hope so!!