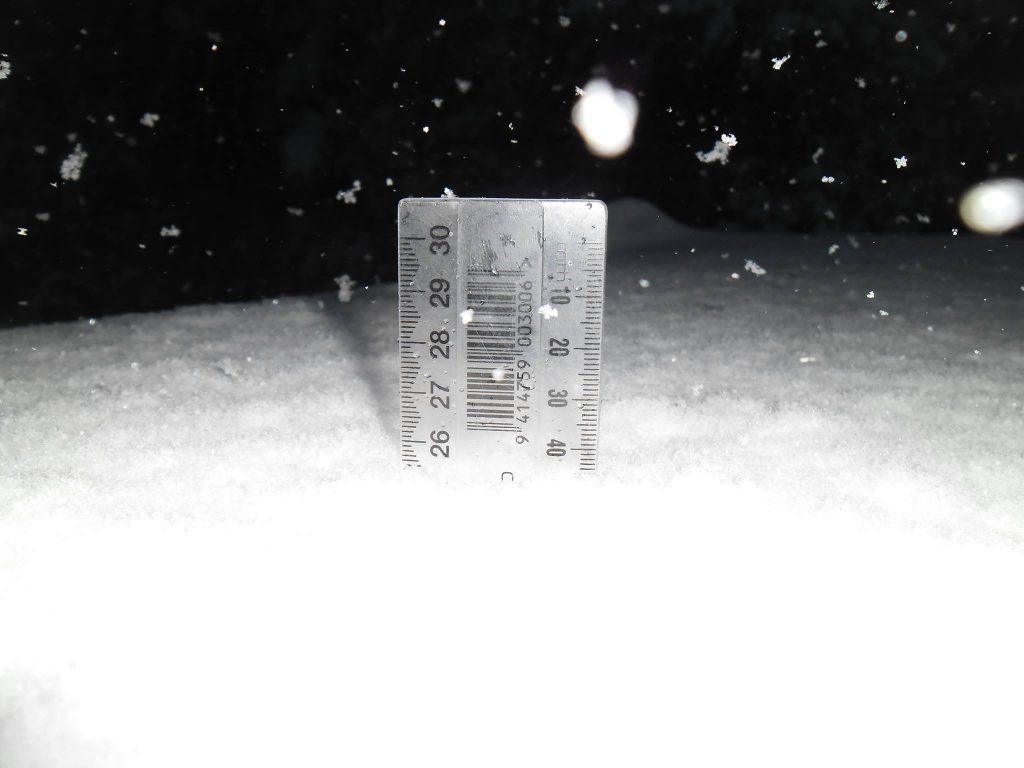 Everything seems to be being thrown at us with rain, gales, thunder, hail, sleet and snow and it’s not done with us yet today.

There are areas of sunshine but temperatures everywhere are cold to bitterly cold and with the added windchill it certainly is shaping up to be the coldest day of the year nationally as predicted.

Winds have picked up in gusts over parts of western and northern North Island districts and thunder has also packed a punch. Hail has been reported in numerous areas and snow has lowered over central districts.

Further south and more than 25cm of snow is now lying in Kingston, Otago and it’s still falling. Dunedin has seen snow settle over parts of the city to sea level and roads and schools have been affected as has the bus service.
Hilltop suburbs have seen slightly heavier falls.

Areas across Southland and Otago have either seen a smattering of sleet or snow showers but North Otago hasn’t seen quite the same sort of wintry blast…yet.

Snow showers are lying east of Banks Peninsula in a chain of showers and these could move in across Christchurch later today or tonight. The city is under blue skies this morning but with very cold temperatures.

Wellington is likely to see snow levels fall and a mix of hail and sleet is in the forecast in amongst a very cold southerly wind.

Auckland has thundery showers and blustery chilly winds in the forecast today with a risk of hail in places.

More on the snow down south “Heavily snowing here in Kingston Otago right now already have about 26cms on the ground. Had a power outage last night from 4.45pm till 10.45pm then rolling powercuts throughout the night. Aparently there was a powerpole on the ground south of us at Five Rivers” mentioned Sarah earlier.

Tarn got in touch and said “Driving to hawera this morn for work and drove into what appeared to be snow. Everything and I mean everything was white. I had to stop and get out to check. It was hail!!! Very cold.”

Alpine passes have also been affected by snow overnight and ice has also formed on some roads in sheltered areas.

massive grey clouds over Whitby in Wellington then the heavens opened with hail and after 10 minutes down pour the neighbor hood was completely white with hail. Even blacker clouds now looming overhead right on rush hour. Drive safely wellington people

Thanks guys for your fantastic coverage and updates on the chilly weather. Metservice just issued snow possible to 300m here – eek !

Been snowing since before dawn currently have 7cm on the ground in queenstown.

a tiny dusting, but there nonetheless. Otherwise just a gentle breeze here in Te Pahu (southwest of Hamilton) and been sunny off and on all morning. All the dark clouds are going north and south of us.