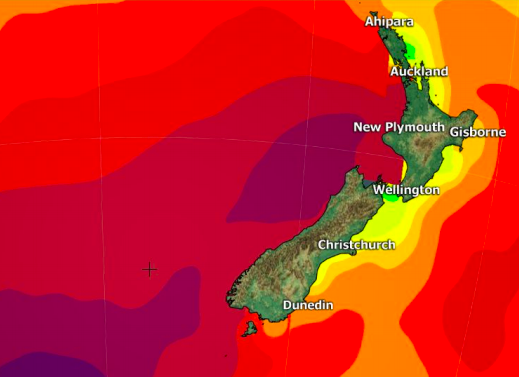 A large slow moving high and a more energetic area of low pressure will ‘crash’ in to each other this weekend over the New Zealand region creating a squash zone of strong winds for central and eastern areas while heavy rain moves into the West Coast and some of the western North Island.

Clouds continue to increase from the south west today, some rain is in the forecast around Fiordland for Thursday and to the north, Auckland’s mainly cloud free past few days has been replaced by gloomy cloud from the Tasman Sea.

A sharp front extending from a large polar low pressure area pushes into southern coastal areas Friday and brings some rain and snow – mostly around Fiordland (snow at high elevations). Continuous rain is expected around Fiordland over the weekend with over 150mm of precipitation over the next 24 hours. This heavy rain will slide up the western side of NZ until about Taranaki – beyond that it looks much patchier and may not reach northern NZ until the very end of the weekend.

This system brings strong northerly quarter winds to the South Island over the days ahead, peaking this weekend around Cook Strait and then into the eastern ranges of the North Island. This will lead to warmer than normal temperatures.

Over the weekend this set up will encourage mild and often dry and sunny weather to the east.

Big swells are likely by Monday though as more strong west to south west winds continue – lasting into mid to late next week for some regions. This will create very dangerous beach/marine conditions along the western side of both islands. 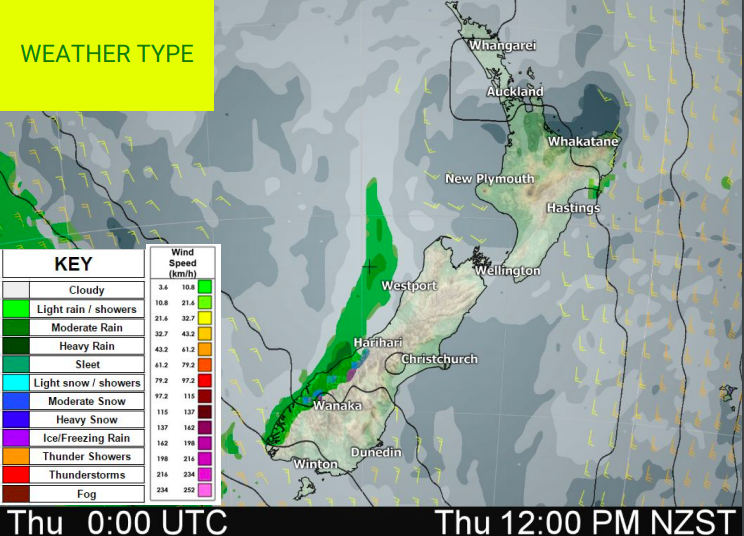 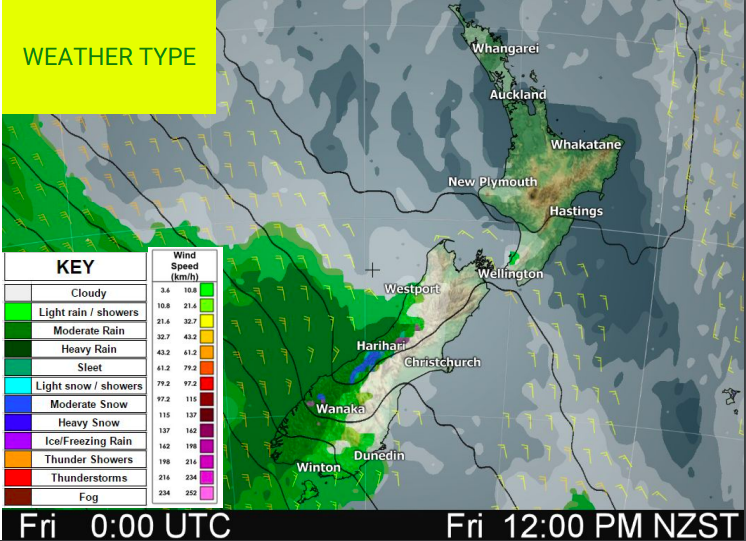 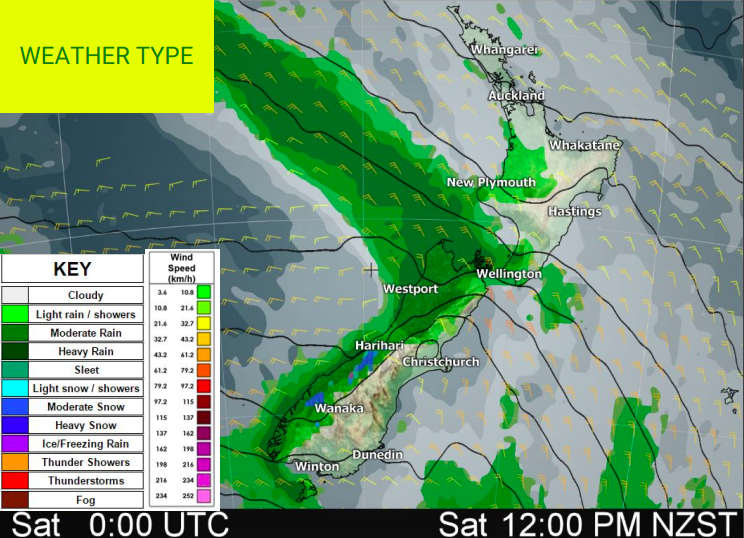 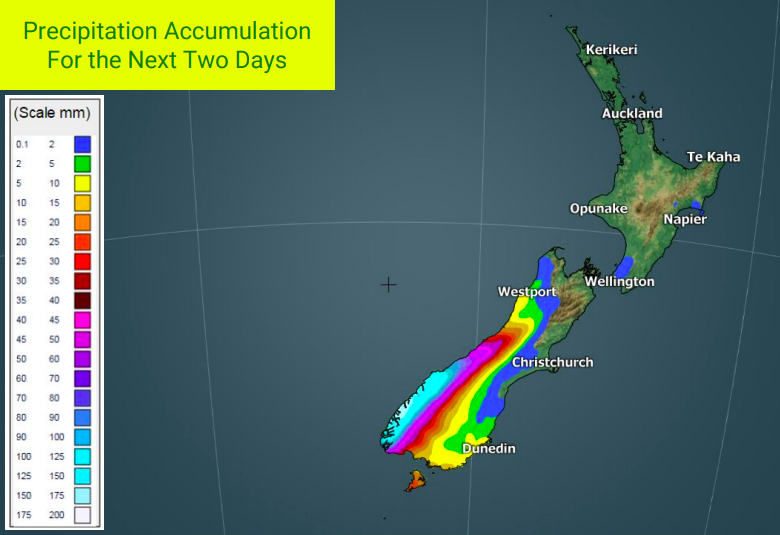 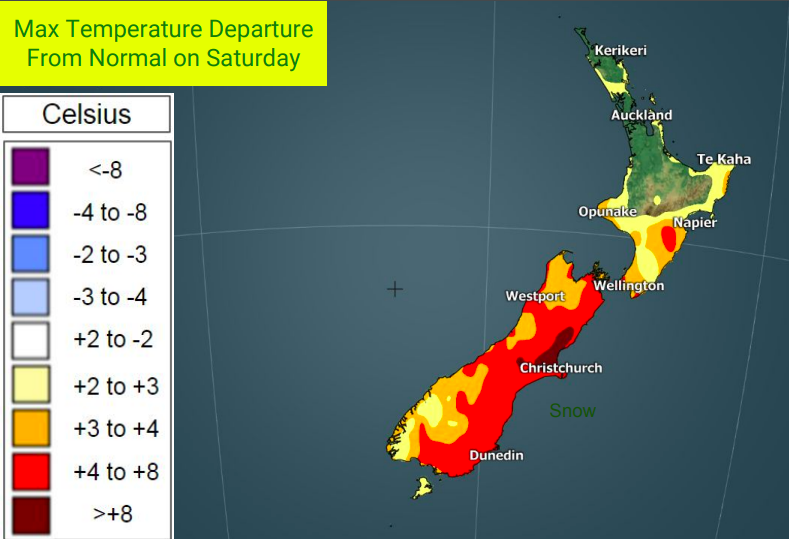 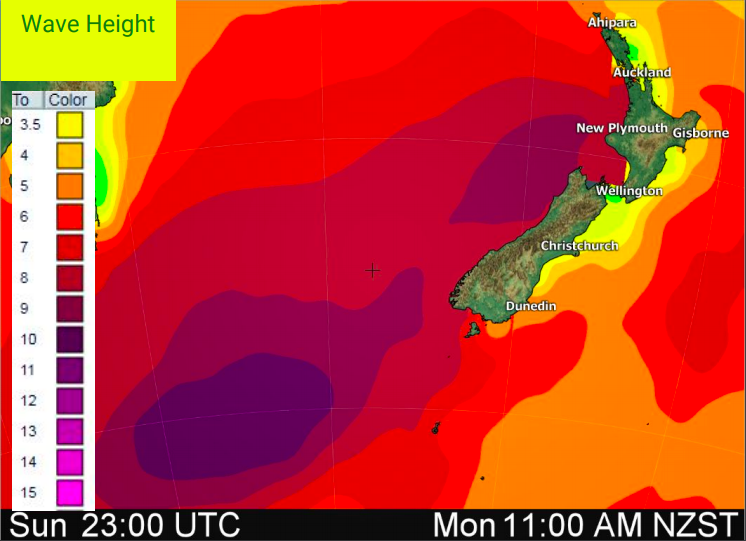 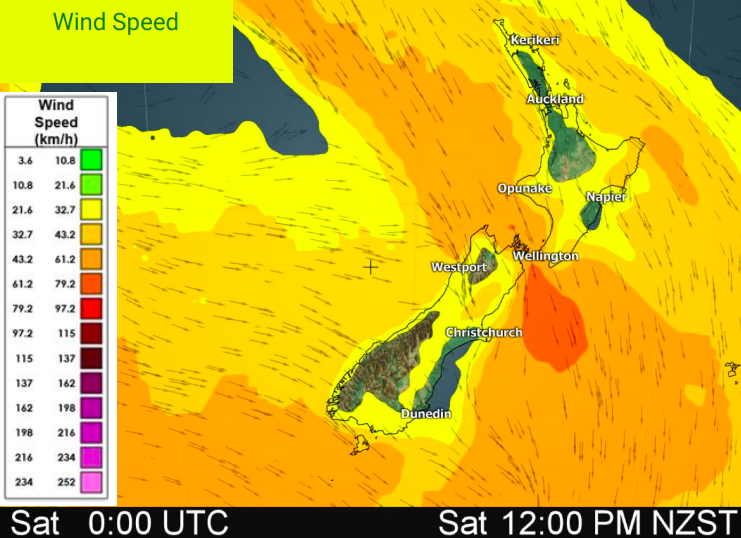