Battle continues to heat up 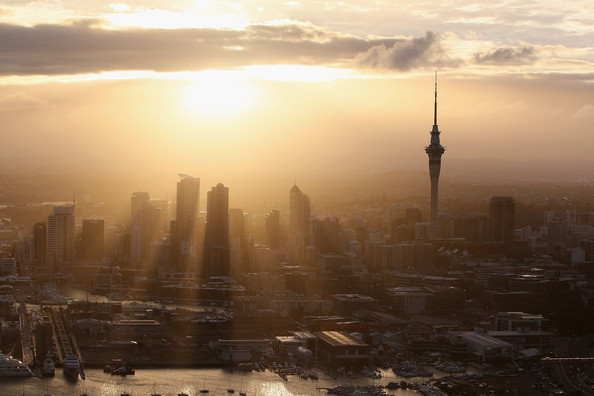 The most important weather battle of the year continues on with weather systems jostling for their rightful place but a high just hangs over us however it won’t be here forever and a day.

This weekend is still looking changeable and although not everywhere might see clouds bringing in much needed rain Autumn will actually live up to its name.

“The current high just approaching the Mainland only has about another three days of energy left” says Weather Analyst Philip Duncan.” The next one is a long way behind and near the Indian ocean so there’s some vulnerability taking place between these two large highs” he says.

WeatherWatch believes sunny skies will prevail over western parts of the North Island throughout today and much of the week because of a southeast flow and warm to hot conditions are set to scorch yet again.
Auckland tends to get its sunniest weather during southeast winds and that’s what’s happened lately and a repeat performance is expected today.

The chances of rain though for Auckland increases this weekend – When a tropical low meets a Southern Ocean low there is a period of change as the two systems merge – this can take a day or so to happen.
This is expected to happen over this Saturday and Sunday and the low will likely cross the country on Monday.

Confidence is for a 30% chance of showers on Saturday for Auckland, rising to 60% later with a risk of rain, 40% for Sunday and 40% for Monday. It is expected that the arrival times of rain may change as this is a developing situation with a new low forming on Sunday (rather than us simply tracking one low coming towards us).

As we’ve seen from previous sub-tropical lows this month, they can come very close to New Zealand and dump flooding rains just a few hundred kilometres away while it remains dry over us, or cloudy with showers.

WeatherWatch wants to reiterate that these aren’t guarantees and a slight change in wind direction or speed and size of weather systems can alter the situation significantly.

“Today the situation sees a shallow high moving over the South Island but one still big enough to bring sunny skies for most areas but some cloud and nor’ east winds could hang around from Kaikoura to South Otago in the east” according to Mr Duncan.

Central Otago and the MacKenzie Country are set to be the warmest parts of the south today with the high twenties expected this afternoon, if not 30 degrees.

Highest temperatures look to be over the North Island and the interior however later in the week indicators are that eastern areas will see temperatures rise markedly.