Home > News > Batten down the hatches…again... 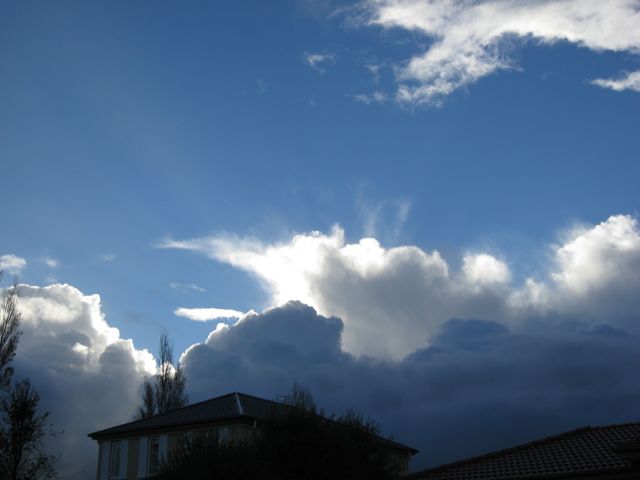 The westerlies seem relentless and yet again gales are set for much of New Zealand today with overhead conditions to match for those exposed to the west.

“After such a mild start to the season it seems as if someone has flicked a switch and we’re in the depths of winter ” says Weather Analyst Richard Green.

“Much of the north,west and southern flank of the country appear to be bearing the brunt but only a few isolated areas in eastern areas should escape the wind, so most of us will be aware of some particular severe weather element at play over the next 2 to 3 days” Mr Green says.

WeatherWatch still believe severe weather conditions in regards to heavy rain, wind and hail with possible tornadoes could be in amongst the turbulence.
The Government forecaster has issued numerous weather warnings for New Zealand again today.

“It’s going to be a bumpy ride but it’s not unusual for the time of year however it stands out due to the gentle nature of the first 5 or 6 weeks of winter” according to Richard Green.
“For those travelling over alpine passes in the south be aware of the latest conditions before you head out, as wind and snow have been causing a number of issues over recent days and road closures aren’t out of the question over the next few coming up” he said.

Temperatures in the far south are likely to remain cold to very cold during this week and overhead conditions are likely to improve slowly this coming weekend.

So…what are the chances of snow in Christchurch (although technically I’m west of the city)?
Metservice has a low confidence of heavy snow to sea level in Otago on Thurs/Fri – so I’m thinking naturally that must mean some light flurries in Christchurch???

All comes down to the direction of the wind…at this stage most of the modelling supports sou’westers – which is a fairly dry wind direction and therefore clips Otago but not Canterbury.

We’d go with low chances for Canterbury with moderate chance for snow on Banks Peninsula.

Either way, it’s one to watch…the back end of these systems can be very dangerous, as we saw with the September storm last year which killed half a million lambs in Southland due to a snow storm.