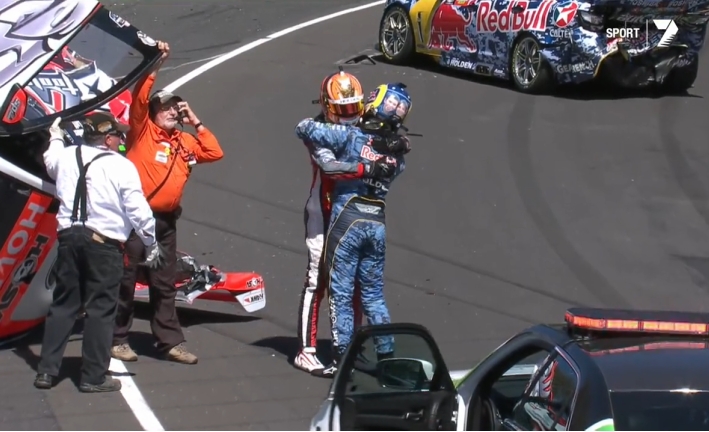 Updated 4:12pm — In the shade the temperature is already in the mid 20s but on the track conditions are much much hotter – and with the track falling apart on turn 2 it means more track problems could continue this afternoon.

For the third time in history Bathurst has been suspended mid-race – this time due to recently sealed tarmac falling apart, leading to several crashes.

However under the immense pressure from the racing V8s on top of a very hot afternoon continuing WeatherWatch.co.nz believes the track may suffer further problems. The hotter the track gets the easier it is for the seal to soften and break up – the track broke up during the cooler hours of the morning.

Meanwhile the risk of a shower remains – but as we said a few hours ago the chance of a shower over the race track itself is considered unlikely – or very low.