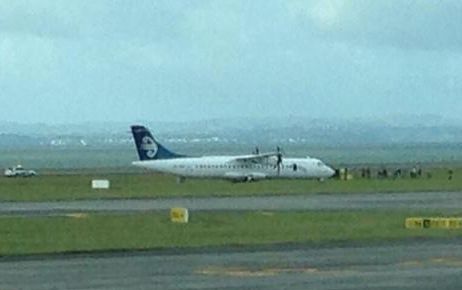 Emergency services were put on alert when smoke appeared in the cockpit of a Mt Cook Airlines flight this morning.

A Fire Service spokeswoman said the plane had landed at Auckland and all passengers evacuated by the time fire crews arrived.

Police, ambulance and airport authorities had also been alerted.

It was not known what had caused the smoke at this stage.

An Auckland Airport spokesman said there were some delays as a result of the incident but flights were now operating as normal.

Air New Zealand, which owns Mt Cook Airlines, was not immediately able to provide any information.

Arrivals have been delayed and several departures cancelled this morning, due to the bad weather.