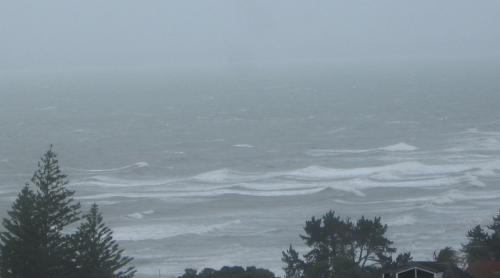 It’s possibly no surprise to many in the west and south of New Zealand but NIWA is predicting we can expect an average summer with a fair bit of wind.

Conditions in January, February and March, were likely to be similar to what they were in December for most of the country, with all regions to experience average or below average temperatures, Niwa scientists said yesterday.

Temperatures were likely to be near average for Northland, Auckland, Waikato, Bay of Plenty, Gisborne, Hawke’s Bay, Wairarapa, coastal Canterbury and east Otago.

In the rest of the country temperatures were likely to be average or below average.

There would still be warm spells at times, especially in eastern areas in north-westerly conditions, Niwa said.

Soil conditions in the north and east of the North Island and much of the eastern South Island were likely to continue to be dry.

The north and east of the North Island would also likely see below normal rainfall.

Rainfall was expected to be normal or below normal in Nelson-Marlborough and normal elsewhere.

The El Nino, well-established in the equatorial Pacific, was likely to persist at moderate intensity, before weakening in autumn.

El Nino events could often lead to dry conditions in eastern and northern parts of New Zealand during summer, Niwa said. They were also often associated with cooler than average conditions in the New Zealand.