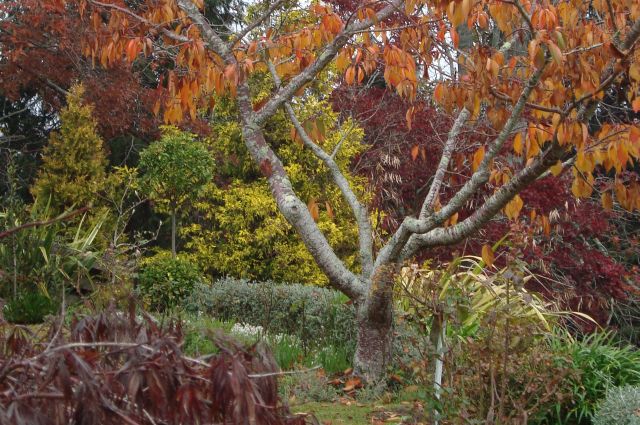 Quite possibly this headline doesn’t come as a surprise to you – summer is basically over and March is looking Autumnal according to WeatherWatch.co.nz forecasters.

A shift in the weather pattern this week will see winds dominating New Zealand from the south and west over the next several days – with the incoming air generally expected to be cooler and less humid than previous weeks.

Head weather analyst Philip Duncan says this isn’t winter arriving, just the normal Autumn process, which is a mix of everything.  “We’re certainly seeing more signs that our weather will mostly come from the west and south over the next couple of weeks”

Mr Duncan says the shift to west or south west winds, however, can mean hotter days for some regions.

“As we’re seeing in Auckland today, a southerly doesn’t have to be cold and miserable.  In fact with a west to south west wind building later this week it could favour spectacular weather in some eastern and north eastern regions – like Bay of Plenty, eastern Coromandel, Gisborne, Nelson, Marlborough and Central Otago.

From time to time the winds will bring in hotter weather for eastern areas like Canterbury, Wairarapa and Hawkes Bay with 30+ degree days still on the cards – but with cooler nights due to the south west flow which may dominate over the next week.

With a lack of humidity and the air coming from well south in the Southern Ocean single digit lows can be expected, at times, as far north as Central Plateau and Waikato.

So the next few weeks look set to be a continuation of February weather – but with a slight chill in the evening air.

Yet your forecast temps say Queenstown’s highs for Thur/Fri/Sat are 11. 9 and 14 respectively.

Keep in mind the story above is talking in general terms.  We expect Central Otago to have a mixture of hot and cold weather (possibly more so than most regions) over the next month and a half and despite the very cold weather we expect later this week, we still think Central Otago will be one of the few regions to still hit the 30s at times over the next 4 to 6 weeks.

Eastern Coromandel really turns it on with this sort of weather pattern, glassy water, clear mornings, it makes up for all the rubbishy grey NE days we’ve had over “summer”.

When did summer actually arrive? It feels like we’re just coming out of spring….
I guess Auckland has had some excellent summers these last years so we can’t really complain!