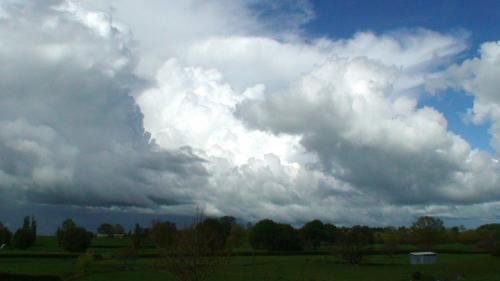 After a lingering summer for some regions it appears the Autumnal weather pattern is now open for business following ex-cyclone Ita.

While high pressure wants to build over the country this week – as it has done most weeks so far this year – the Southern Ocean is now firing up front after front towards New Zealand.

The sun, along with mild weather, will still push in to the main centres, but cooler, showery, sou’west changes are expected once or twice this week or upcoming weekend.

High pressure over Australia is trying to move our way – and this unsettled pattern may well ease next week as an anticyclone drifts in from the west, covers the country and then lingers longer over the North Island.

But as we head into May don’t expect any sudden season changes – it looks as though the first week of next month looks fairy mild to begin with, but the rain clouds look likely to return from the west and south west as the Autumn weather pattern becomes New Zealand’s new norm for now.

Now we are witnesing the change of autumn to winter in this period when lows ly over newzealand we normaly get gainning rain or mid afternoon thunderstorms. as what was forecasted over may last year when up hear in the north island got mini to large storms. Hopefuly this year will be better for my storm chasing!