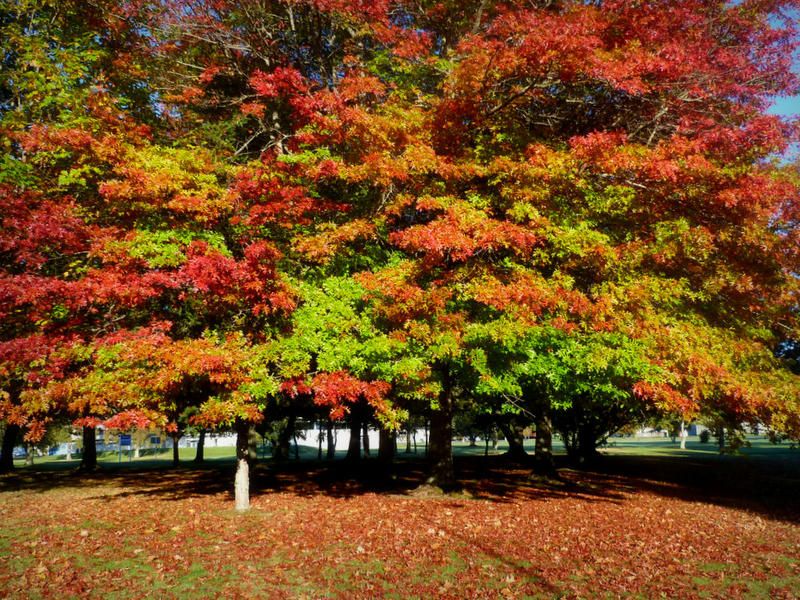 Summer lingered well into Autumn for many regions this year, however the low that hit at the weekend did more than just bring down rain – it was also the green light for Autumn to move in.

Already the weather pattern is shifting – with the highs retreating back to Australia.  In fact, a number of highs in April failed to really push over New Zealand as they weaken further and instead remain stuck around Australian waters.

This bodes very well for the end of our official droughts – it means more rain makers are coming and when we don’t have a low nearby we are now seeing extensive showers.

As early as January WeatherWatch.co.nz said the developing “big dry” – which was ridiculed by National Radio at the time – would most likely weaken as we moved into April.  The reason why?  Because the drought was created by a stream of highs that aren’t normally so repetitive.  A bit like pulling out of a normally quiet street and having to wait for a line of traffic that isn’t normally there.   In other words – we knew it was there, but knew it wouldn’t be lingering forever.

So the highs are now clearing – the rain makers are returning – and while farmers in the east could do with even more rain many parts of New Zealand can now sleep easier knowing the “big dry” of 2013 seems to now be finally coming to an end.

Kapiti Coast – I cannot complain, not a lot of rain with this latest system, but enough to quench thirsty plants. Temps are still mild for this time of year. It’s good really as our cumulative total is rising very slowly and that is better than all at once. The hills have greened up over the past week from that brown arid look. With that big ex-t low, we were forecast for NE with sharp bursts of rain, but they had to be joking … rain from the NE? Not here. All we got was a big foehn wall and wind which literally made my hair stand up on end LOL! The moisture came from Cook Strait as one would expect. While parts of NZ were being flooded and t-stormed, I was out photographing cloud reflections in the sand along the coast, it was that beautifully calm! Spent a lot of time looking at the rain radar hoping over the past few days. Reminder to self, it is WeatherWatch that we have to thank for the radar on Met’s pages. What a weird country we live in!

Great forecasting WW, you do a great job.

Ive had enough of this rain already, when will the sun be back again? : P