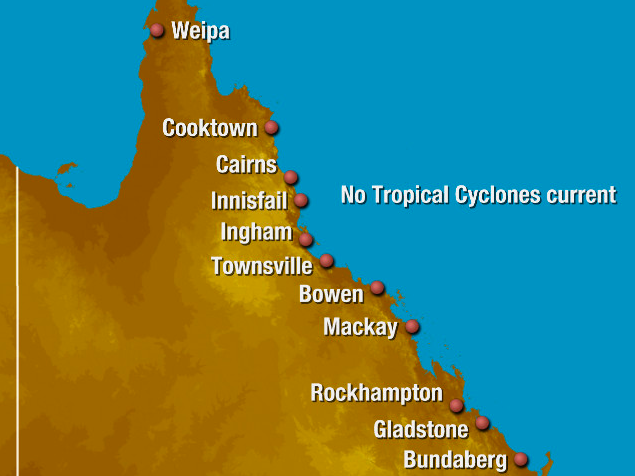 The first tropical cyclone to be named in Australian waters during the 2018/19 season will be Owen, followed by Penny, Riley and Savannah.

The next 10 tropical cyclones to form in Australian waters will be:

As you can see, the list of Australian tropical cyclone names runs in alphabetical order and alternates between male and female.

If a tropical cyclone significantly affects the Australian region, its name is permanently retired from the list so that it cannot be used again. For example, Tracy, Larry and Debbie have been removed from the list.

Australia’s tropical cyclone season runs from November to April, although the first cyclone of the season doesn’t usually develop until December.