Australia’s summer outlook – and a quick look at NZ 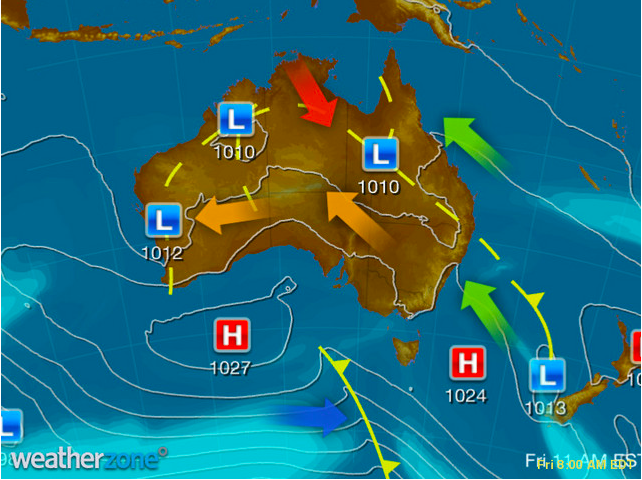 A dry and hot summer is anticipated for much, but not all of Australia, according to the latest seasonal outlook issued by the Bureau of Meteorology on Thursday.

Australia is heading towards the start of summer with the following broad-scale climatic influences at play:

These four features are likely to influence Australia’s weather as we transition from spring into summer. So, let’s take a look at each in a bit more detail.

El Nino thresholds have been exceeded in the Pacific Ocean since October and most climate models predict that this trend will continue into the start of 2019. El Nino’s that occur during summer tend to reduce early-wet season rainfall over northern Australia and promote warmer-than-usual-weather across much of the country.

The currently positive IOD event, which also promotes warmer and drier than usual weather over large areas of the country, is expected to end by summer. As a result, the IOD isn’t likely to influence Australia’s weather from December onwards.

The SAM is an index represents the north-south displacement of a belt of strong westerly winds surrounding Antarctica. During a positive phase of the SAM, this westerly wind belt shift further south, which allows higher-than-usual pressure to develop south of Australia during the summer months. This pattern can enhance winds flowing across the Tasman Sea towards southeastern Australia.

If the SAM stays positive into early summer, which is likely according to the BoM, the warm waters of the Tasman Sea, combined with enhanced onshore winds, could boost cloud cover and rainfall over some drought-affected areas of southeastern Australia.

So while much of Australia is tipped to see warmer and drier than usual weather this summer, some parts of the country could see above average rainfall.

In addition to the the climatic influences on Australia’s weather this summer, the background signal of rising global surface temperatures increased the likelihood that, on a broad scale, temperatures will be higher than the long-term average.

What about New Zealand this summer?

WeatherWatch.co.nz isn’t a fan of long range seasonal forecasts because we’re two islands in the roaring forties and often the Government seasonal forecasts are wrong or not the strongest guide. However we do have a moderate “chaotic” pattern at the moment which is allowing for rain makers to move in to New Zealand. Tasman Sea surface waters are also warmer than average which supports rain makers. We expect this summer to be hotter than average in many regions and some pockets will be much drier than normal. But we also see some rain makers for the first half of summer which, as we’ve seen in spring so far, have been bringing quite a variety of weather conditions which usually bodes well for our economy overall. Hard to lock in anything beyond a month in New Zealand but we feel the current pattern in November will continue on in to December.