Australia: Warm week ahead for Sydney 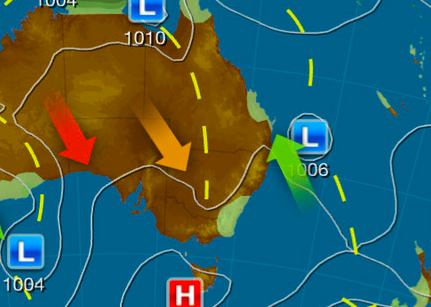 It’s going to be a summer-like weekend in Sydney, possibly the first weekend in more than a year with both days over 30 degrees in the city.

Northerly winds will develop over NSW at the end of the week as a high pressure system moves into the Tasman Sea, drawing warm inland air across to the state’s coast.

Sydney is forecast to reach 31 degrees in the city and 37 degrees in Richmond on both days this weekend, which is 6 and 10 degrees above average for this time of year respectively.

If the temperature reaches 30 degrees in Sydney on Saturday and Sunday, it will be the city’s first weekend to do so since February last year. It would also be the warmest pair of March days in 11 years.

Richmond’s back-to-back 37 degree days would make this its warmest weekend since January and the warmest for autumn in 20 years.

A cool change is currently expected to reach central NSW on Monday, flushing the early-autumn heat out of the Sydney Basin.