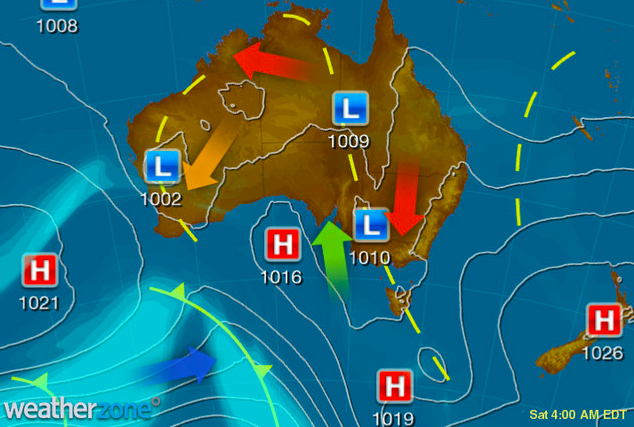 Sydney is about to have its warmest November week in nearly 50 years as temperatures climb during the final week of spring.

A stagnant pool of warm and humid air that has broken spring temperature records in southern Australia this week will move east and affect Sydney during the next seven days.

The city is forecast to reach or exceed 25 degrees for the next seven days, which hasn’t happened during November since 1968.

While days in the mid-to-high twenties are common in Sydney at this time of year, it’s unusual to have so many occur in a row.

This would be only the second time in the last 118 years that Sydney has registered seven consecutive 25 degree days during November. It would also be Sydney’s warmest final week of spring in 123 years.

The city’s minimum temperatures will also be notably warm during the next week.

Minimum temperatures of 19 to 20 degrees are forecast during for the final six nights of spring, which is 3-4 degrees above average for November. This would be Sydney’s warmest six day spell of November nights in three years, possibly longer.