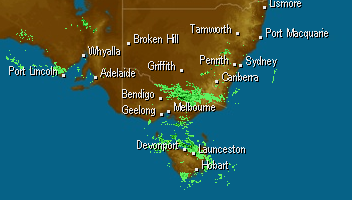 Sydney is having its wettest March in 33 years after yet another showery night.

It’s been a miserable old month for locals and visitors that don’t like rain. The city has already recorded rainfall on 20 out of 24 days so far this March, well above the month’s average of 14 rain days.

The city recorded 10mm of rain during the 24 hours to 9am today, bringing the running monthly total up to 277mm. This easily eclipses the monthly average of 130mm and makes this Sydney’s wettest March since 1983.

While showers are likely to feature again this weekend, there will be lengthy dry breaks on both Saturday and Sunday. This is sure to be welcome news for those with bulging washing baskets waiting at home.

Looking further ahead, it will be a dry start to next week before showers redevelop from Tuesday.

Despite the return of wet weather in the final days of March, this won’t be a record breaking month. The city would need to add another 245mm by 9am on Thursday to beat the current March record of 521.4mm set back in 1942.