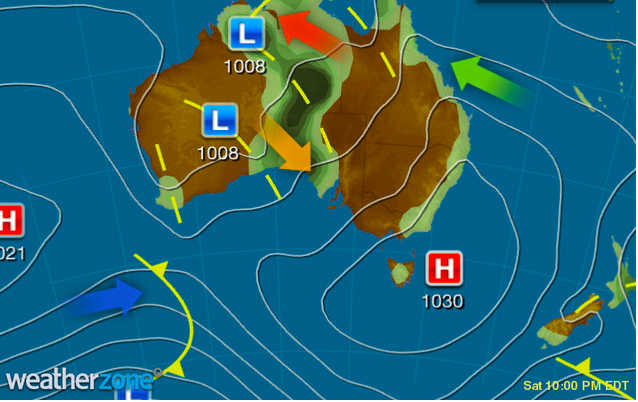 Many Melburnians would be be happy to see some warmer weather in their forecast this week after the city’s longest late-season cool spell in four years.

Temperatures are set to climb progressively in Melbourne during the next week as a slow-moving high pressure system over the Tasman Sea directs warm northerly winds across Victoria.

The city’s maximum temperature is forecast to reach the mid to high twenties this weekend and should exceed 30 degrees early next week.

If Melbourne reaches the 32 degrees forecast for next Tuesday, it will be the city’s warmest day in eight months and 10 degrees above average for this time of year.

The impending warm weather will be a welcome change for many, after chilly conditions gripped Melbourne at the start of November.

This was only the second time in the last 20 years that Melbourne has registered 10 days this cool so late in the year.

A cool change looks set to drop maximum temperatures back into the low twenties during the middle of next week.