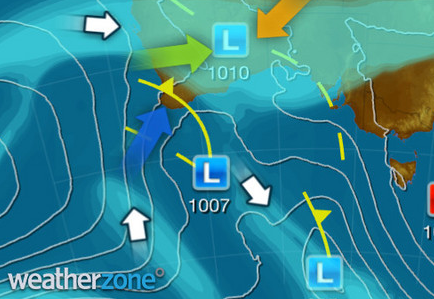 It’s a cool and showery start to spring in Australia’s southwest today after Perth came close to its first wetter-than-average winter in 17 years.

A cold front crossing the South West Land Division of WA this morning will produce a burst of showers and blustery winds. This wintry system will also produce thunderstorms and small hail in some areas of the state’s south and could even cause a flurry of snow on the Stirling Range tonight.

Roads were damp in Perth this morning after 8mm of rain fell in the city overnight. Heavier falls were recorded in northern and eastern suburbs, including 19mm at Werribee and 18mm at Pearce as of 6am WST.

Today’s sodden start to spring follows on from Perth’s wettest winter in six years, with the city collecting 412mm of rain during the season.

Despite this being the best winter rain since 2011, it was more than 50mm short of the long-term seasonal average and became Perth’s 17th consecutive drier-than-average winter.

Temperatures were close to a degree warmer than usual in Perth during winter, although it didn’t stand out from recent years statistically. Last year was cooler and 2015 was warmer.

Looking ahead, drier-than-usual weather is expected over Australia’s southwest during spring.