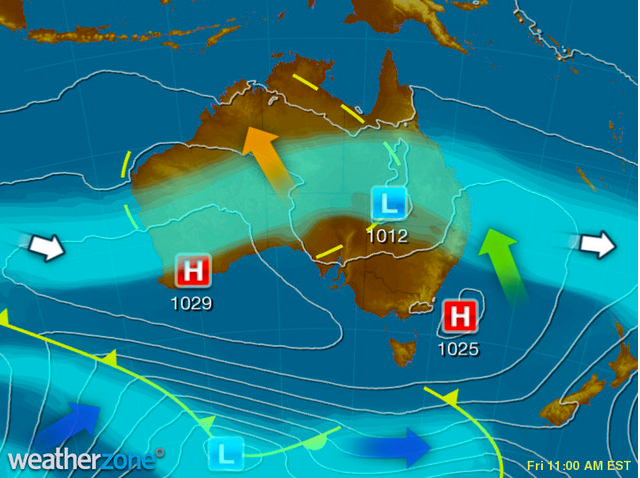 The 2018 snow season has been one of the best since 2004 for this point of the season, with more of the white stuff on its way.

A new official average snow depth of 224.6 cm was recorded at Spencers Creek in the Snowy Mountains on Thursday 23rd. This makes it one of the best snow season since 2000, especially given that more is on the way from Sunday.

As a cold front crosses the Alps on Sunday, the cold air will linger for most of the week, with steady upper level moisture creating regular snowfalls.

Most of the high alpine resorts can expect a further 15-25 cm of snow during the week before another strong system passes from Friday, possibly dumping a further 20-30 cm over a few days.

Another reason to slap your skis on is that winds will be manageable in speed so visibility will still be fair-to-good throughout the week.

On Tuesday and Wednesday, snow will fall to low levels, around 600 m. If the timing is right this could give a light dusting to the peaks in the Central and Southern Tablelands and possibly even around Canberra.

With more snow on the way, expect to see the natural snow depth to climb even higher over the next few weeks. For a detailed breakdown of the snow forecast over the fortnight visit http://www.weatherzone.com.au/snow/