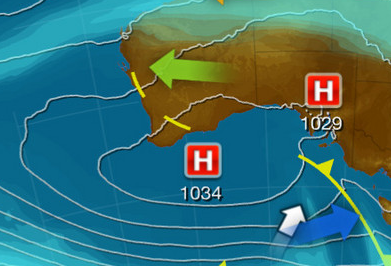 A number of controlled burns are being carried out in the southeast of Western Australia this week as part of an effort to reduce bushfire fuel loads in the region.

Easterly winds caused by a high pressure system to the south of WA helped direct the smoke from its point of origin into the city Wednesday morning.

The high will remain in a similar position for at least the next 24 hours and further controlled burns are planned for today. Unfortunately, this means that smoke may affect the city again on Friday too.