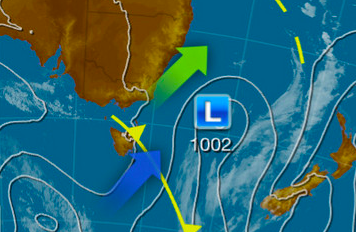 Temperature records tumbled in Tasmania during October as parts of the state experienced unprecedented mid-spring warmth.

Tasmania as a whole registered its second warmest October on record, with a statewide mean temperature that was close to 1.5 degrees above the long-term average.

The state also registered its fourth warmest October on record in terms of minimum and maximum temperatures, which were 1.17 degrees and 1.8 degrees above the long-term average, respectively.

Hobart experienced its warmest October on record by all measures, setting new highs for mean (15C), minimum (10C) and maximum (20C) temperatures. Temperature observations in Hobart are available back to 1882.

Most of the state received below average rainfall during the month. Hobart’s 33.4mm was just over half of its long-term average for October.

The recent warm weather has been a marked contrast the the start of spring, when Tasmania experienced its coldest September in 14 years.

Warmer-than-usual weather is expected to continue in Tasmania during the last two months of 2017 and into the start of next year.