Australia: Perth has its wettest season on record 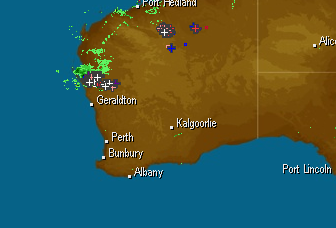 While eastern Australia was recently baking under a record-breaking heatwave, followed by wildfires over NSW and snow in Tasmania, Perth experienced interesting and record-breaking February weather of its own.

With nearly two weeks left before the end of the month and the end of summer, the WA capital has now had its wettest season on record which included its second wettest February day on record.

Astoundingly, 114mm of the record-breaking seasonal rainfall of 190mm fell between Thursday 9th and Friday 10th.

This 24-hour rainfall was the second wettest February day on record, beaten only by the 120mm that fell on the 9th of February 1992.

The city also saw its coldest February day on record, when temperatures reached a meager 17.4 degrees on Thursday 9th, 14 degrees below average.

Extensive cloud cover from a low pressure trough, together with the significant rainfall experienced over the city from the same system, helped to keep Thursday much colder than the February average.