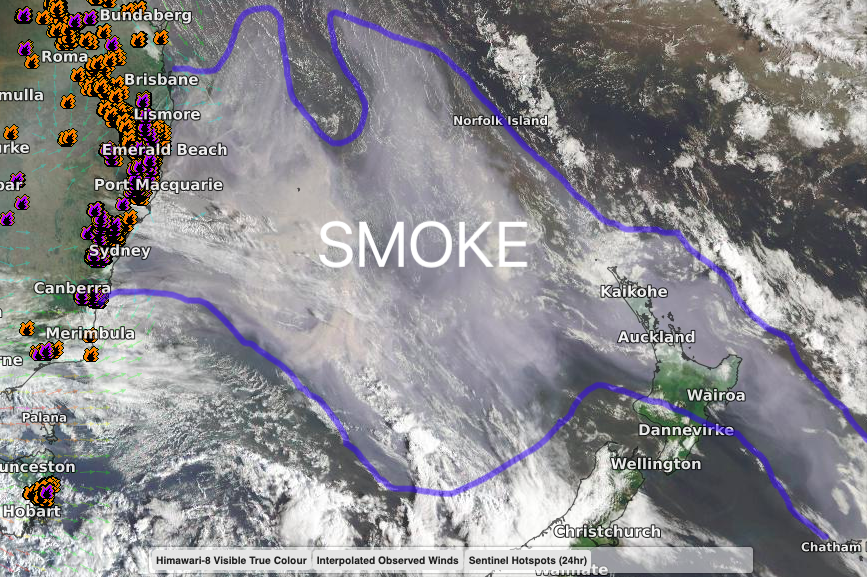 Updated 8am NZDT/6am AEDT — Bush fires along eastern Australia flared up Thursday with a huge pulse of smoke and dust crossing the Tasman Sea, covering parts of New Zealand and smothering Sydney with thick smoke.

Those suffering from asthma and allergies may be affected by the smoke in both Australia and NZ and closing doors and windows may help.

The airflow, thanks to a storm in the Southern Ocean, favours a direct line to New Zealand right now with smoke continuing to blow over the Tasman Sea on Friday and possibly into Saturday too.

Air pollution levels in New Zealand, according to agicn.org had been affected by this smoke with “moderate” pollution in some areas on Thursday evening. As of 8am Friday only Auckland had “moderate” ratings with a very orange tinge to the morning cloud and any sunny spells.

There is a huge amount of #smoke (some normal cloud too) out over the Tasman Sea. Here’s a very rough outline showing where the bulk of the smoke is as we head towards 9am NZDT / 7am AEDT.

Current fires as of 8am NZDT/AEDT: 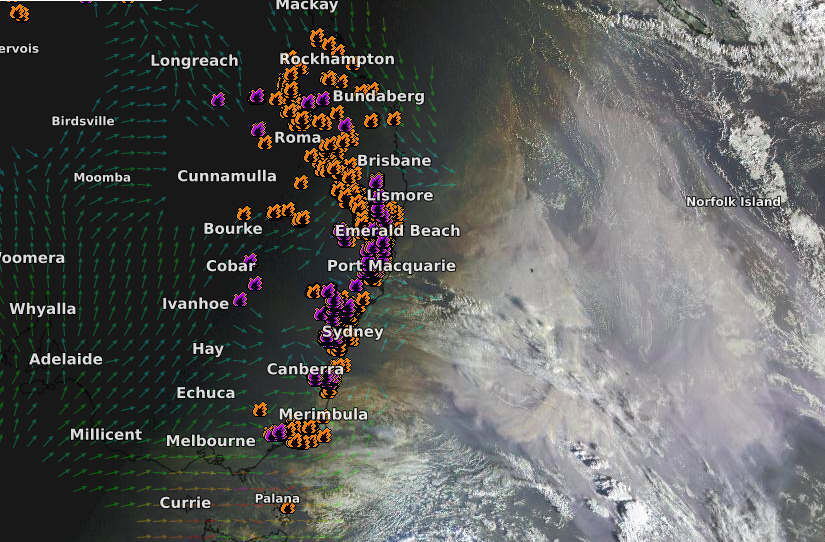 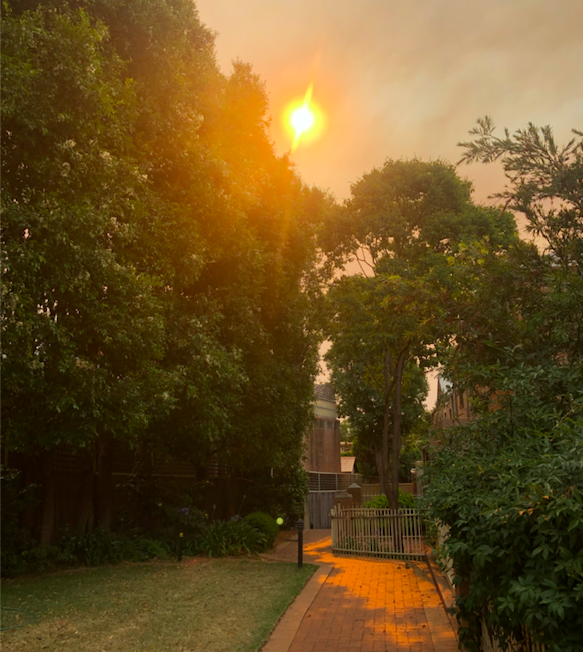 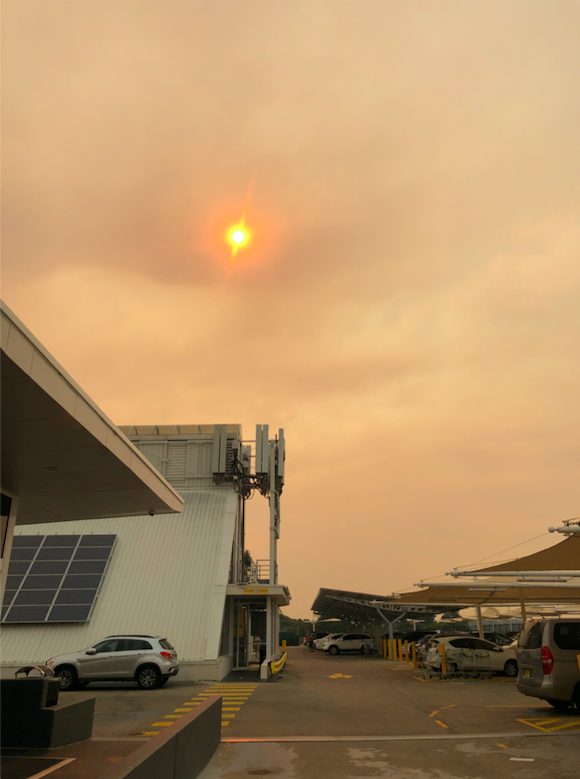 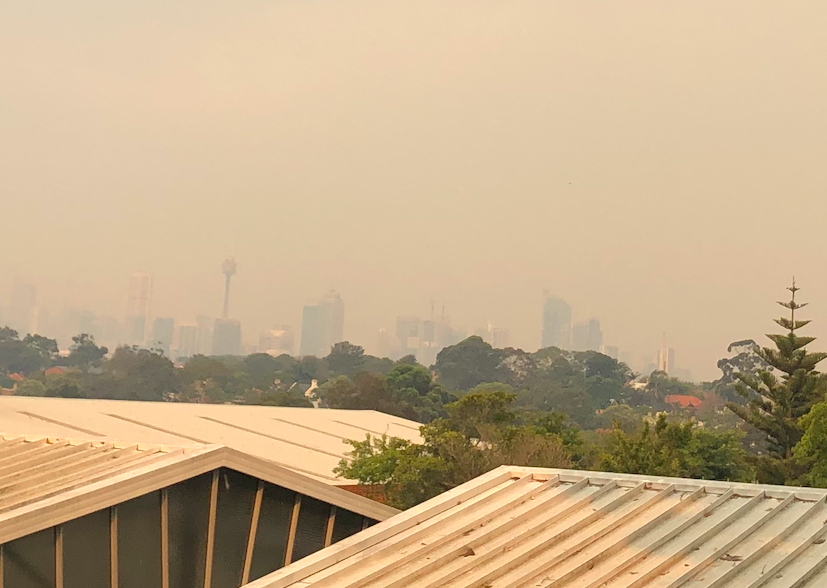 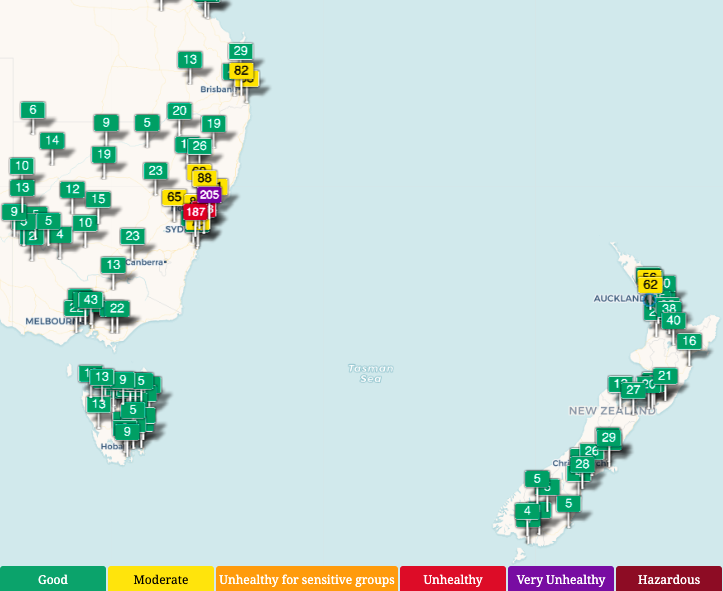 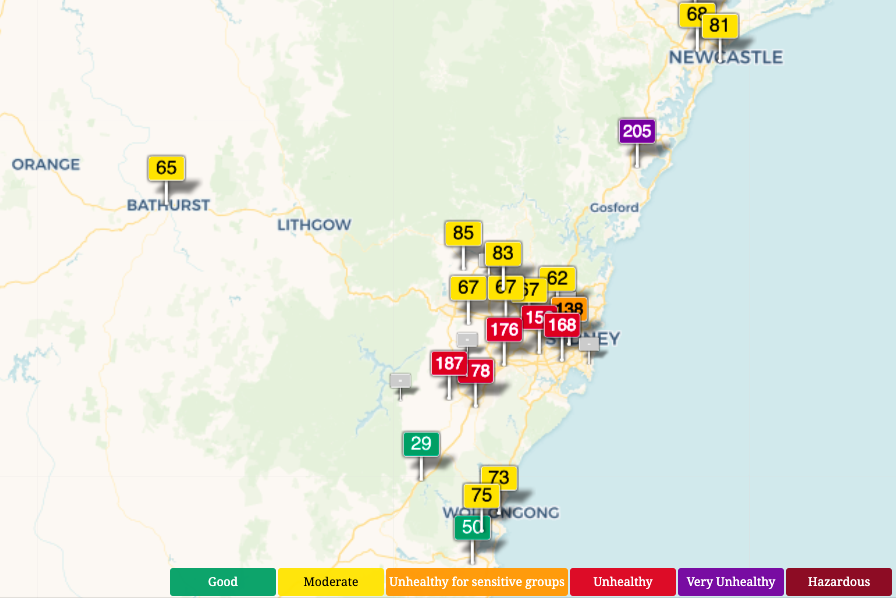 Smoke from the #Australian bushfires is smothering #Sydney right now & blowing across #NewZealand‘s North Island. If you have asthma or breathing difficulties/allergies keep doors/windows closed.

Smoke will continue to cross the Tasman on Friday.
Imagery courtesy RAMMB/CIRA pic.twitter.com/l4gs6MTOMh

Hi Paul, probably unlikely due to the incredibly dry air that is pushing out of Aussie at the moment but you may get a better answer from a forecaster at MetService on this specific question. Certainly the smoke has created clouds near Australia but the rain radar imagery from Australia is not accurately showing rain – it’s smoke/dust.