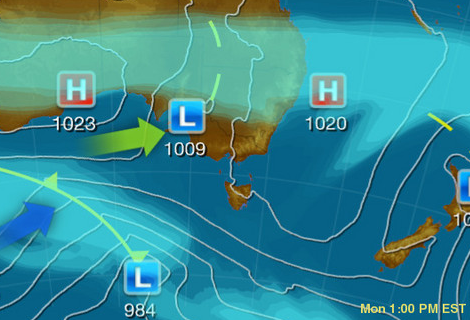 Adelaide is having a wet final month of winter after a near-record dry start to the season.

Frequent fronts and low pressure systems brought more than a month’s worth of rain to Adelaide in the last three weeks, with another 12mm falling in the city during the last 24 hours.

As of 9am today, Adelaide had received 82mm of rain during August to date, which is more than 10mm above average for the entire month. It also makes this the wettest August in four years.

This month’s healthy rainfall follows on from a slightly wetter-than-usual July, during which the city collected 91mm.

However, two consecutive wet months haven’t been enough to make up for Adelaide’s remarkably dry start to winter.

June’s 8.6mm of rainfall made it the city’s driest calendar month in two years and the second driest June on record, falling behind 6mm from 1958.

Due to the absent early season rainfall, Adelaide was still more than 40mm short of its average winter rainfall as of 9am today.

Drier weather will return to the state capital city this afternoon as a high pressure system moves over South Australia. The next cold front will bring a burst of showers on Wednesday.

Looking further ahead, it’s possible that Adelaide won’t see any further substantial rainfall before the end of the month as high pressure systems become a dominant feature over southern Australia.