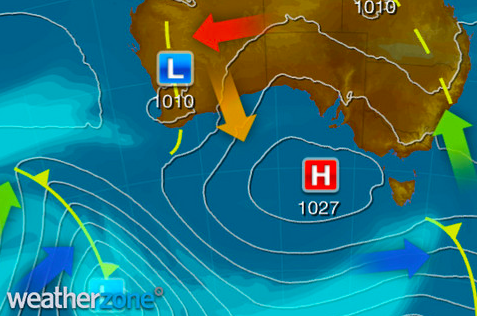 Parts of WA registerd their highest temperatures in close to two years on Friday, while Perth sweated through its warmest day in eight months.

A low pressure system centred to the north of Perth directed warm inland air towards the city on Friday. This was part of a large mass of hot air that also affected other areas of the state’s west and north.

The mercury hit a top of 35.9 degrees in Perth on Friday afternoon, which is nine above average and its hottest day since March.

In the stateâ€™s north, Mandora reached a sweltering 45 degrees, making this its hottest day since January 2017. Mandoraâ€™s highest November temperature on record was 46.5 degrees in 1984.

Perth will only reach the mid-to-high twenties on the weekend as cooler west southwesterly winds affect the city.