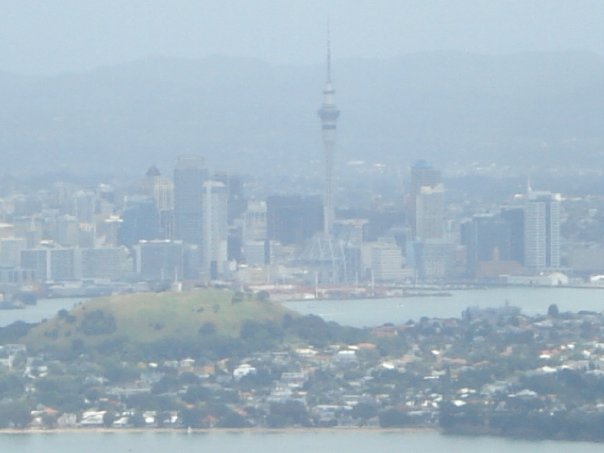 It will be hot air from Australia that helps push up temperatures for New Zealand’s national holiday this Waitangi weekend reports WeatherWatch.co.nz.

The heat, which has nothing to do with ex-cyclone Yasi, has seen temperatures in Sydney hit the late 30s and other parts of Australia into the 40s across the week.

The extreme heat made the headlines in Australia but failed to pick up traction here in New Zealand with so much emphasis on Cyclone Yasi.

Temperatures around the Bay of Islands will be in the low 30s and with the humidex it may feel like the mid 30s both Saturday and Waitangi Day.

The hot, humid, weather will also continue in Auckland with the city climbing into the late 20s today and a feels like temperature in the low to mid 30s expected mid afternoon if the skies clear enough.

Hot weather will also push into Bay of Plenty and Waikato.

Eastern areas will also feel the heat, minus the extreme humidity.  The dry air, caused by the nor’westers, will see Gisborne hit at least 34 on Sunday with WeatherWatch.co.nz predicting some areas inland may climb a few degrees higher.  On Wednesday Gisborne reached 36 degrees.

The hot, gusty nor’westers will see highs between 30 and 34 from Wairarapa to Marlborough to Canterbury and Otago on Sunday.

Interestingly it’s the same high that protected New Zealand from cyclone Yasi that is pulling in the hot air from Australia.

Australia doesn’t take all the credit for the heat though –  with the nor’westers doing their usual thing of heating things up east of the main mountains and ranges in both islands.

PHILLIP!!!!! Please tell us this heat is going to backoff sometime soon. Argh, we are melting! I dont know what the temperature is in Tauranga but MAN are we OVER IT!!

Im a winter baby, Im not designed for this sort of heat.

Temperatures will ease around Tuesday – until then, turn on the fan, keep the curtains drawn to stop the sun getting in and drink plenty of water!

Thankyou WW – we are certainly doing all that. My sweetheart has even set up our own air cooler by putting a frozen bottle of water infront of the fan LOL! Its cooling the air a small amount. Ah well, cool showers through the worst of the day and cool surf in the evening – yup, sounds good to me.

Yesterday in Kerikeri it was 32 in the afternoon with 70% humidity and a hot gusty wind, very trying weather and now you say more to come. Yuk too much rain now too much heat.