Australia: Darwin’s giving Sydney a run for its rain 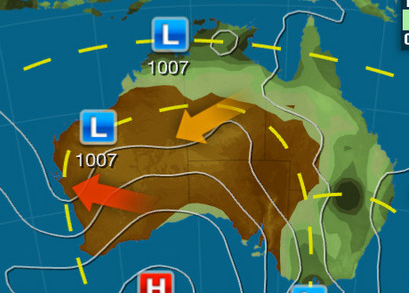 Darwin has been wetter than average every month since the official start of the wet season in October, proving it’s not only the east coast that seems to be experiencing rain every day lately.

Both Darwin and Sydney have recorded only three days of zero rainfall since February 25. At over 2000mm of rain so far since October, Darwin is well above the long term wet-season average and it will be even further above after a wet start to the coming week.

A strengthening late monsoon surge should bring an increase to the shower and storm activity over the Top End during the next few days, with showers tending to rain and totals exceeding 100mm likely about the western Top End, including Darwin. After about Wednesday, rain should ease off as moisture is sucked into a tropical low near the Kimberley and Pilbara coasts.

Widespread storms are currently developing over the region with Pirlangimpi recording 54mm since 9am Saturday, including 30mm in less than 30 minutes. On Friday afternoon, a squall line prompted a Severe Weather Warning for Darwin. Although it weakened on approach, 25-30mm rain still fell over northern suburbs and 65 km/h and 56 km/h wind gusts were recorded at Middle point and Darwin Harbour respectively.