Australia: Canberra’s colder and drier than usual start to winter 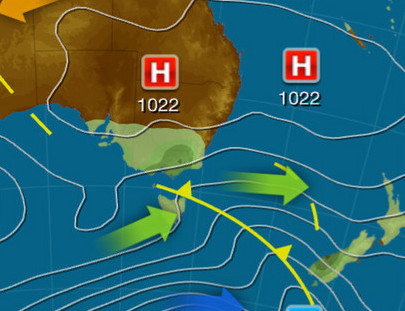 Canberra is known for its cold weather, although this winter has been even colder – and drier – than usual. Australia’s capital has joined much of southeastern Australia in an epidemic of frosty mornings in recent weeks. The city’s minimum temperature has only remained above zero degrees on three occasions this month, compared to 21 mornings above zero in July 2016.

This month’s cold mornings continue the trend from last month, which was Canberra’s coldest June in 33 years based on the average minimum temperature.

Combining the minimum temperatures during June and July to date, Canberra is having its coldest start to winter in 33 years. The running average minimum temperature for the season up to 9am today was -2.1 degrees. This is about two degrees below the long-term average for this point in the season.

The cold mornings have been caused by unusually high pressure over southern Australia in recent weeks, which has helped produce clear skies and light winds over the ACT. These conditions have enhanced the rate of overnight cooling.

Along with the cold mornings, the commanding highs have also kept rain-bearing systems to a minimum in recent weeks.

Canberra’s meagre 12mm of rain from the start of June to 9am today makes this the city’s driest start to winter in 38 years and their third driest start on record.